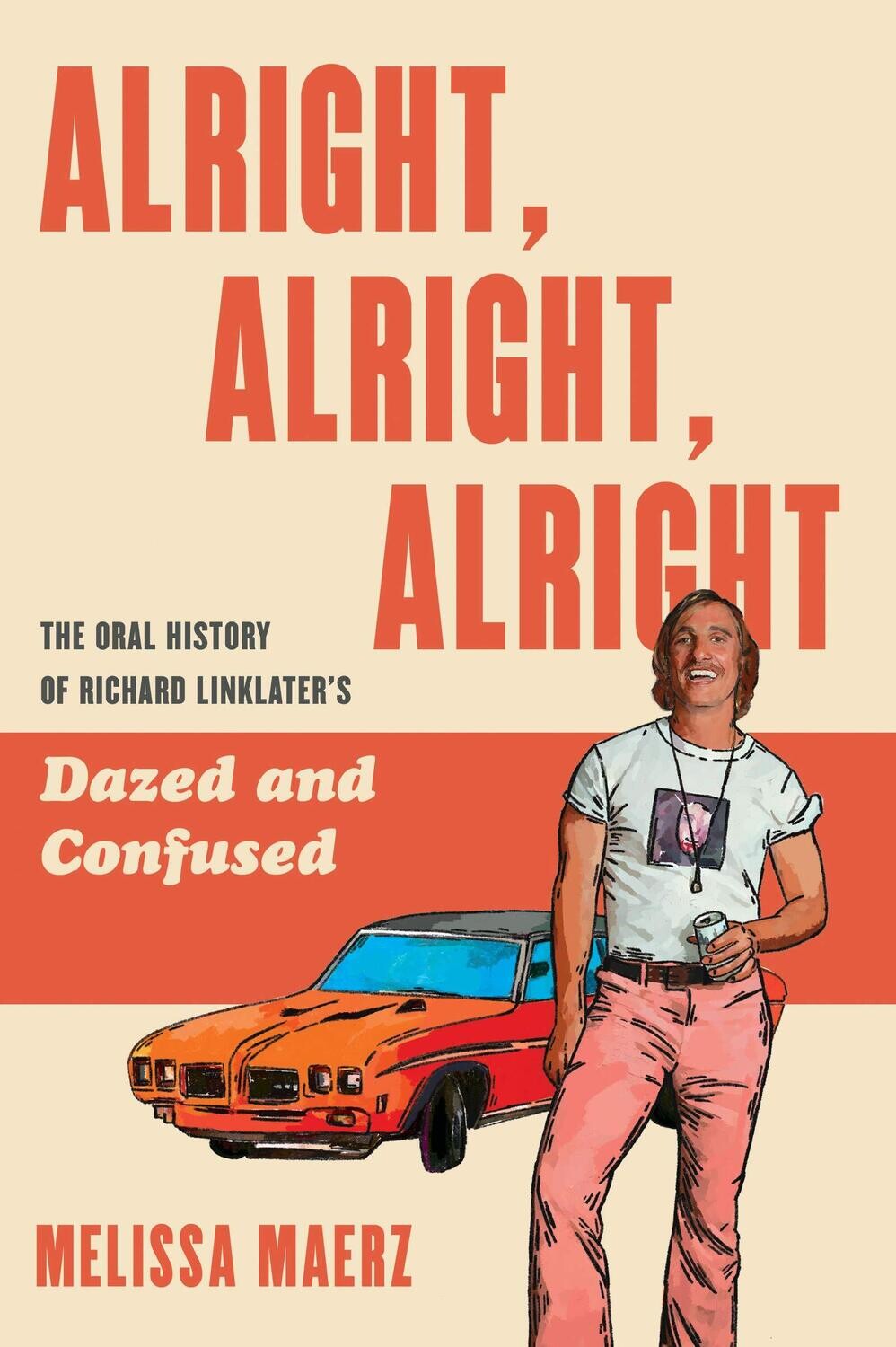 “Melissa Maerz’s brilliant oral history is the definitive account of a cult-classic movie that took a slow ride into the Seventies and defined the Nineties.” –Rob Sheffield, Rolling Stone

The definitive oral history of the cult classic Dazed and Confused, featuring behind-the-scenes stories from the cast, crew, and Oscar-nominated director Richard Linklater.

Dazed and Confused not only heralded the arrival of filmmaker Richard Linklater, it introduced a cast of unknowns who would become the next generation of movie stars. Embraced as a cultural touchstone, the 1993 film would also make Matthew McConaughey’s famous phrase—alright, alright, alright—ubiquitous. But it started with a simple idea: Linklater thought people might like to watch a movie about high school kids just hanging out and listening to music on the last day of school in 1976.

To some, that might not even sound like a movie. But to a few studio executives, it sounded enough like the next American Graffiti to justify the risk. Dazed and Confused underperformed at the box office and seemed destined to disappear. Then something weird happened: Linklater turned out to be right. This wasn’t the kind of movie everybody liked, but it was the kind of movie certain people loved, with an intensity that felt personal. No matter what their high school experience was like, they thought Dazed and Confused was about them.

Alright, Alright, Alright is the story of how this iconic film came together and why it worked. Combining behind-the-scenes photos and insights from nearly the entire cast, including Matthew McConaughey, Parker Posey, Ben Affleck, Joey Lauren Adams, and many others, and with full access to Linklater’s Dazed archives, it offers an inside look at how a budding filmmaker and a cast of newcomers made a period piece that would feel timeless for decades to come.

“It’s gossipy and funny and sometimes wistful and sad, but it’s page-turning. . . . For a film lover like me, Alright, Alright, Alright is an endless feast of facts and revelations. I’m gonna guess that for the casual filmgoer (and even someone who’s never seen Dazed and Confused) it will be fascinating just for the thrill of reading older people looking back with joy, bewilderment and sometimes anger at a time when they were not only young, but when their youth blazed.” — Patton Oswalt, New York Times Book Review

“The story of Dazed and Confused has been told before, but never with the depth, breadth, or remarkable reproduction of the film’s conversational rhythms found in Melissa Maerz’s new oral history. . . . Like Linklater’s depiction of the last day of school circa 1976, Maerz’s book envelops readers in time and place. But while the movie’s more of a snapshot, Alright, Alright, Alright is a panorama, enriched by deep background…. It’s a class reunion that doesn’t suck, attended by almost all of the living principals.” — AV Club

“[Maerz] does a lot more than just weave the oral history behind a famous movie. She makes it feel like the story of a generation….. This book does for the Nineties what the movie did for the Seventies: a lovingly detailed portrait of an era, celebratory but inevitably elegiac, full of tiny comic moments that seem to sum up the decade’s craziest hopes and dreams…. Like the movie, the book is pure pleasure because makes you feel like you’re hanging out with these friends—it’s a joy to jump and join them on a slow ride.” — Rob Sheffield, Rolling Stone

“A charming oral history of everyone’s favorite stoner film. . . . Essential for fans of the film but also for anyone with ambitions to work in film on either side of the camera.” — Kirkus, starred review

“Fun reading, enhanced by veteran entertainment journalist Maerz’s expert chapter introductions and many, well-organized conversations with everyone from Linklater to the stars to the film crew. But Alright, Alright, Alright is also an interesting peek into the many relationships that must be navigated in the making of a film, and a surprising foray into the nature of memory and nostalgia. A must for fans of the movie and readers interested in the moviemaking experience.” — Booklist, starred review

“Touches on the volatility of young artists, the hormones of youthful performers, the conflicts between corporate and artistic stakeholders, the ways our entertainment is presented to us and how we consume it. The book, like the film, is a story about time. ... One of the joys in Alright, Alright, Alright is the perspective Maerz attains with the time that has passed since the making of “Dazed,” as well as its release, its lukewarm reception and its long-tail embrace. Her book becomes less specifically tied to the film and more about how time affects all of us after adolescence.” — Houston Chronicle

“An at times humorous chronicle of how a small film became a touchstone of 1990s cinema, with introspective analysis of directing techniques, casting, and performance. . . . Linklater devotees, those who love Dazed and Confused, and anyone interested in 1990s indie film will appreciate Maerz’s detailed tribute.” — Library Journal

“An intricate oral history… any cinephile would be happy to check out.” — Publishers Weekly

Melissa Maerz has worked as an editor at Spin and Rolling Stone, a staff writer for Entertainment Weekly and the Los Angeles Times, and a supervising producer on HBO’s Vice News Tonight. She was a founding editor at New York magazine’s Vulture website. She lives in Portland, Oregon.