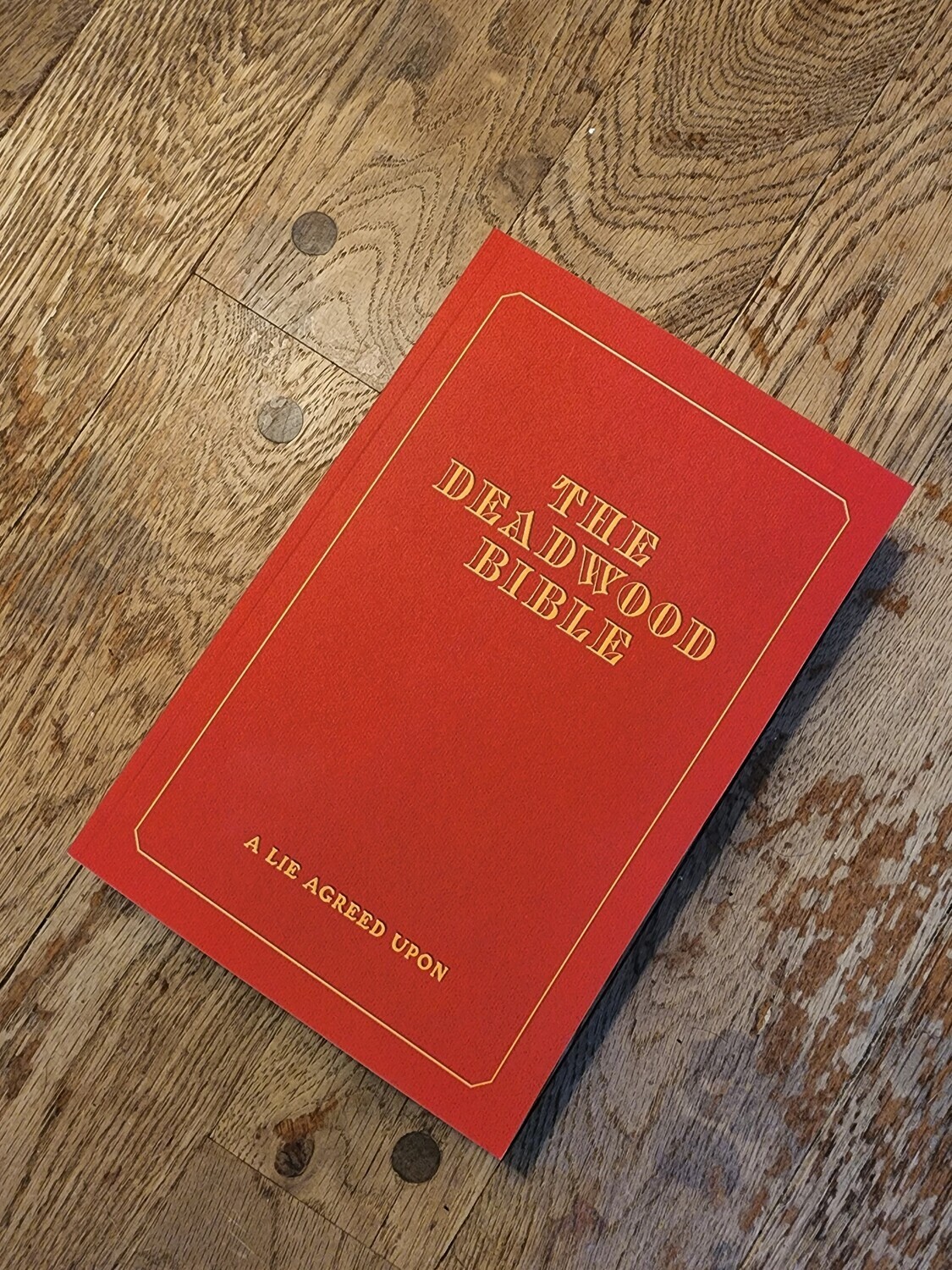 The Deadwood Bible: A Lie Agreed Upon (Paperback, NEW)

979-8986349503
$50.00
The definitive account of the making of HBO’s Deadwood, from Matt Zoller Seitz, the New York Times bestselling author of The Sop
In stock
1
Product Details

David Milch's Deadwood is one of the most acclaimed and beloved dramas in the history of American television—a tapestry of human civilization forming itself from the wilderness, and a bloody, bawdy, profane, and intensely spiritual drama that birthed important acting, writing and filmmaking careers during its three seasons on HBO. Created and assembled by Seitz, a veteran film and TV critic who has been chronicling the series since its debut in 2004, The Deadwood Bible: A Lie Agreed Upon offers a richly detailed and shockingly candid chronicle of the show's origins, production, cancellation, and long-term influence, written in collaboration with Milch's cast, crew, co-producers, family, and friends.

* A complete account of the life and work of David Milch, co-written by Seitz and Jeremy Fassler, drawing on over 120 original interviews, plus a trove of historical material provided by the Milch family, focusing on the development and production of Deadwood, its cancellation, its artistic influence, and its resurrection as a made-for-TV movie written as its creator was struggling with Alzheimer's disease;

* Critical essays by Seitz on all 36 episodes of Deadwood, Deadwood: The Movie, and Luck, plus analyses by critic Keith Uhlich of Milch's John from Cincinnati;

* An opening appreciation of Deadwood by critic and novelist Gretchen Felker-Martin;

* An appreciation by Fassler of the series' use of theatrical techniques;

* An analysis by RogerEbert.com critic Odie Henderson of the show's unique use of language;

* An essay by Vox TV critic Emily St. James on the series' themes of reinvention

The first and most complete appreciation of Milch's classic, The Deadwood Bible: A Lie Agreed Upon is guaranteed to please hoopleheads of every stripe.