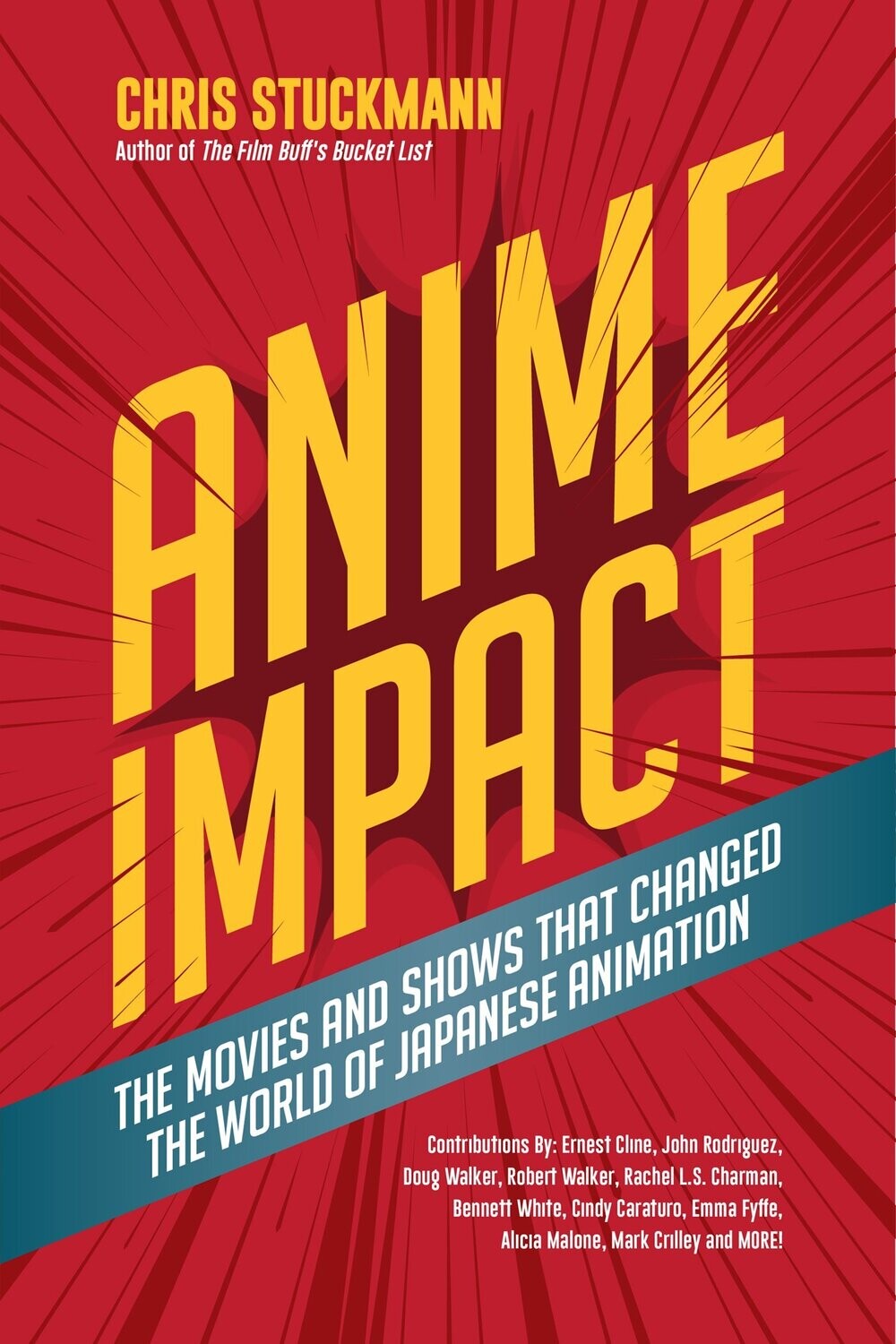 Anime Impact: The Movies and Shows that Changed the World of Japanese Animation (Anime Book, Studio Ghibli, and Readers of The Soul of Anime) (Hardcover, NEW)

A celebration of Anime: Many books on anime simply offer a list of “essential titles” and recommendations. Anime Impact goes deeper by showcasing the many voices of anime’s biggest fans. You’ll find many distinct stories that only each specific writer could tell, all painting a fun and surprisingly touching portrait of the true impact of anime over multiple generations.

Iconic movies and TV shows from Japan: Japanese animation―or anime―holds a special place in the hearts of countless fans around the globe. Since the early days of Osamu Tezuka’s Astro Boy to Makoto Shinkai’s astounding success with Your Name, anime has left an undeniable impact on our culture.

Insights from filmmakers, authors, and YouTube stars: Anime Impact explores the impression the medium has left on various fans with detailed discussions on television shows and movies from the 1960s all the way to the present. You’ll hear from YouTube film critic Chris Stuckmann and many others like Ready Player One author Ernest Cline and YouTube stars Robert Walker, Bennett “BennettTheSage” White, Tristan "Arkada" Gallant of Glass Reflection and manga artist Mark Crilley. Learn how anime has impacted culture from authors, artists, critics, anime enthusiasts, and super fans such as John Rodriguez, Alicia Malone, Emma Fyffe, and many more.

You will learn about the impact of:

“Anime Impact is a terrific resource for anyone looking to learn more about the westerner’s point of view on both the classics of the form and the lesser known gems you might not have heard of. Chris Stuckmann has assembled a formidable array of writers whose essays range from the hilarious, to the scholarly, to the intensely personal, and sometimes all three at once. A wonderful read that manages to be both a great doorway for new fans, and a way to reconnect for older ones. I had a blast.” - Jason DeMarco, Toonami

"Stuckmann is no stranger to taking on ambitious projects, having already published an incredibly thoughtful book, The Film Buff’s Bucket List: The 50 Movies of the 2000s to See Before You Die. I’m a huge fan of Stuckmann’s work as a critic, filmmaker and writer, so I’m pretty damn stoked for this." - Curt Oglesbee, Horror Geek Life

“Stuckmann and his co-authors perfectly capture how what's important for the individual viewer on the most immediate level contributes to a film’s importance on the whole… The book is a touching, personal love letter to the often critically neglected medium of Japanese animation.” - ELEVEN ARTS Anime Studio

“This book showcases the power of anime in a spectacular fashion by bringing a wide array of fans to talk about how the medium affected them. It takes you through a gamut of series and movies- from world-renowned titles to some hidden gems that you may not have heard of- to display how anime has changed the world and continues to do so. These genuine reviews from popular personalities and hometown heroes even have us wanting to peruse many of these titles! Finally, it brings home that there’s much to be done in bringing anime to the West. There are too many beautiful stories and so many experiences to be had through the medium of anime.” - Godswill Ugwa Jr. Social Media Coordinator - FUNimation

Chris Stuckmann is a filmmaker, writer and film critic. He’s a member of the Broadcast Film Critics Association and creator of a successful YouTube channel with over 1 million subscribers. He’s the author of The Film Buff’s Bucket List as well as Anime Impact, and hopes to continue telling stories. He lives in Akron, Ohio with his wife, Sam Liz, and their dogs, Zeev and Indy.

Ernest Cline has worked as a short-order cook, fish gutter, plasma donor, elitist video store clerk, and tech support drone. His primary occupation, however, has always been geeking out, and he eventually threw aside those other promising career paths to express his love of pop culture fulltime as a spoken word artist and screenwriter. His 2009 film" Fanboys," much to his surprise, became a cult phenomenon. These days Ernie lives in Austin, Texas with his wife, their daughter, and a large collection of classic video games.READY PLAYER ONE is his first novel."

Alicia Malone is a film reporter, host, writer and self-confessed movie geek. She first gained notice hosting movie-centric shows and reviewing films in her native Australia, before making the leap to Los Angeles in 2011. Since then, Alicia has appeared on CNN, the Today show, MSNBC, NPR and many more, talking about movies. Currently she is a Fandango Correspondent, and the creator and host of their weekly show, Indie Movie Guide. Alicia is also a host on FilmStruck, a cinephile subscription streaming service run by the Criterion Collection and Turner Classic Movies.