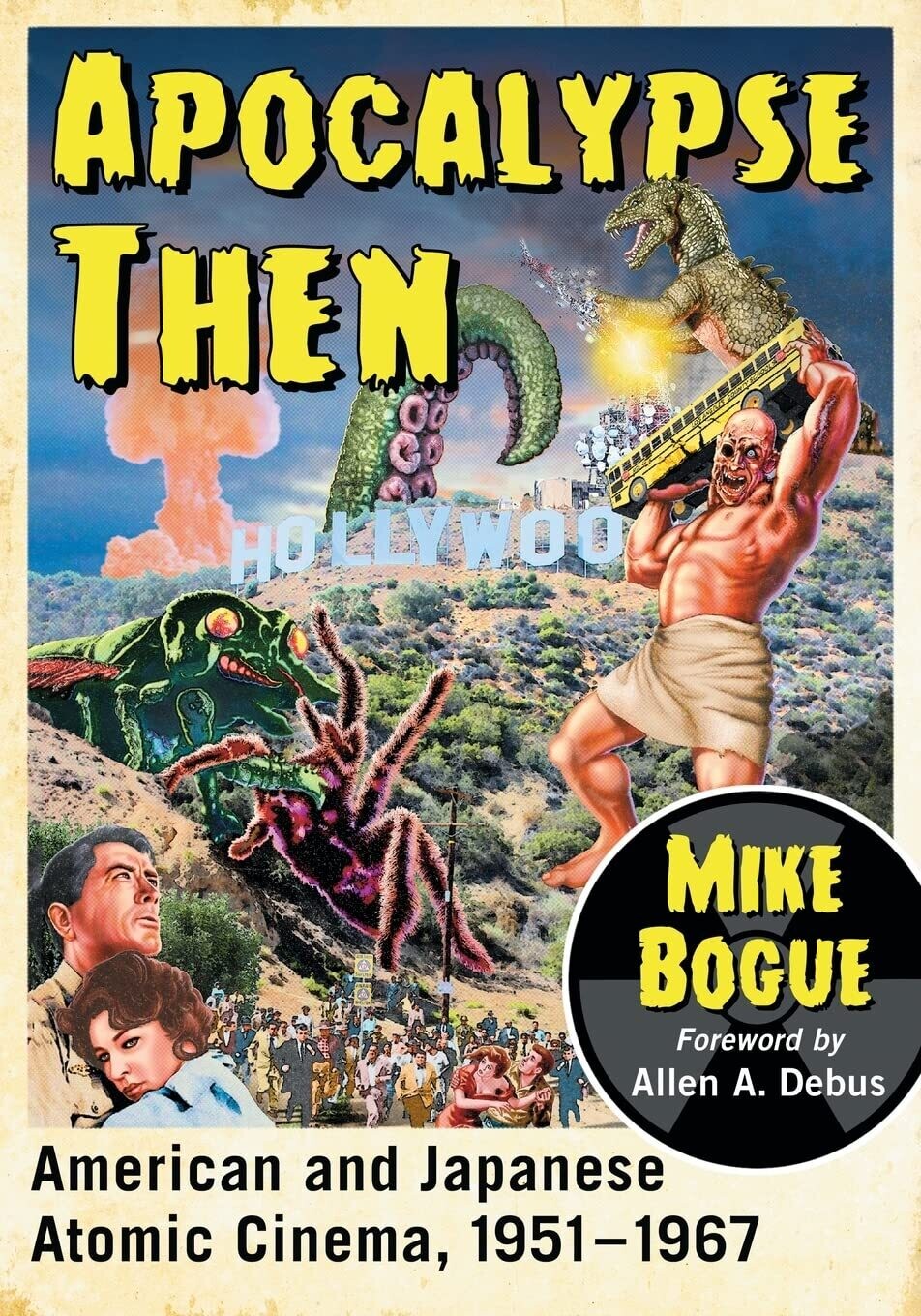 978-1476668413
$35.00
In stock
1
Product Details
The United States, the only country to have dropped the bomb, and Japan, the only one to have suffered its devastation, understandably portray the nuclear threat differently on film. American science fiction movies of the 1950s and 1960s generally proclaim that it is possible to put the nuclear genie back in the bottle. Japanese films of the same period assert that once freed the nuclear genie can never again be imprisoned. This book examines genre films from the two countries released between 1951 and 1967--including Godzilla (1954), The Mysterians (1957), The Incredible Shrinking Man (1957), On the Beach (1959), The Last War (1961) and Dr. Strangelove (1964)--to show the view from both sides of the Pacific.

“Impressively informed and informative...exceptionally well researched, written, organized and presented...recommended”― Midwest Book Review
“Richly illustrated with amazing and amusing stills from many relatively unknown films, posters and PR material...an intriguing read, fueled by Bogue’s in-depth knowledge of the genre and his engaging writing style... Bouge’s love for and knowledge of the genre comes through clearly and not only makes it enjoyable to read but also hits home to readers of a different generation the omnipresence of the atomic threat in the early Cold War period.”― H-Net Reviews
“Mike Bogue, after taking the reader through sixteen years of busy monster and mutant design at various studios and almost ninety movies, has amassed countless details, production histories and genuine fantasies related to those films. A treasure for any fan of the giant monster and atomic mutant films of that period.”― popcultureshelf.com
“Separated into alliterative-friendly sections on mutants, monsters and mushroom clouds, the films are covered chronologically and dived into with a surprising amount of depth”― Flick Attack
“an informative and entertaining examination”― Film International
“There have been so many genre movie guides out there and to be honest, I didn’t think anything could be done that was new and exciting. I was very glad to be proven wrong with this book…McFarland has had a long history of excellent movie guides, particularly those in the horror and science fiction genre, and this one promises to rate among the best! This guide stands out to me because it is specific in its subject matter, that of atomic films…[Bogue] has a love for these types of films and upon reading this book, made me want to revisit many of the films covered here…when I found out about this book, I knew it was something I had to have…This book did not disappoint. Bogue’s excitement and love of these films is reflected in each and every review.”―Terror from Beyond the Daves, Rondo award winning blog.

Mike Bogue is a community college educator who regularly writes for G-FAN and Scary Monsters Magazine. He has also written for Mad Scientist, Castle of Frankenstein, Journal of Frankenstein, Wonder, and Monster Bash Magazine. He lives in Ozark, Arkansas.
Save this product for later
Display prices in: USD