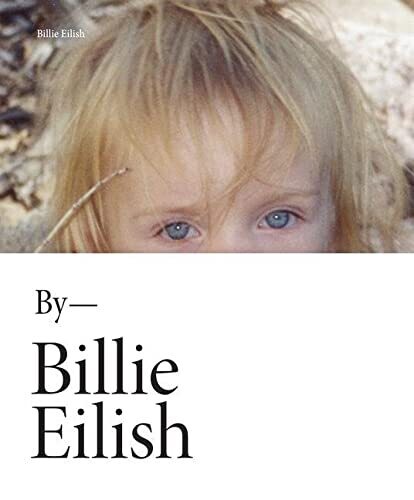 Legendary recording artist Billie Eilish shares an intimate inside look at her life—both on and off the stage—in this stunning, photo-filled book.

Billie Eilish is a phenomenon. With distinctive visual flare and darkly poignant lyrics that are unparalleled among music icons of the 21st century, Billie is a musician who stands out from the crowd. Between her record-shattering award-winning music and her uncompromising and unapologetic attitude, it's no surprise that her fanbase continues to grow by millions month after month. She is that rare combination of wildly popular and highly respected for her prodigious talent, a once in a generation superstar.

Now in this stunning visual narrative journey through her life, she is ready to share more with her devoted audience for the first time, including hundreds of never-before-seen photos. This gorgeous book will capture the essence of Billie inside and out, offering readers personal glimpses into her childhood, her life on tour, and more. A must-have for any fan.

"Fans her own age will especially love Billie Eilish, a sumptuous book of photographs chronicling her life and career from infancy to the present."― The Washington Post

"In her eponymous first book, Eilish lets fans into her life like never before."― USA Today

"Eilish’s narration is unpretentious...Part of what makes Eilish so charming is her apparent nonchalance."― Los Angeles Times

"The singer dug deep into her family’s photo archive for Billie Eilish...She’s a visually-driven person, so it makes sense that having a large archive of pictures and home movies documenting her life is very dear to her."― Rolling Stone

"Even Eilish skeptics will find her massive collection of old photos worth flipping through—if only to challenge their mindsets...Flipping through the pages is like watching a beloved teen pop star grow up before your eyes, an evolution that is particularly fascinating when it’s that of Billie Eilish."― Slate

"For the person who spends too much time scrolling through Insta…Flip through these pics instead....[ Billie Eilish has] never-before-seen snaps and gives her fans a real look at life on the road, her childhood, and some of her biggest career highs. It also makes for a great gift for any Gen Z friends in your life. Double tap."― TheSkimm

Billie Eilish has become one of the biggest stars to emerge since the release of her debut single “ocean eyes” in 2015 and continues to shatter the ceiling of music with her genre-defying sound. Fast forward from her humble breakout to 2019 when Billie’s album When We All Fall Asleep, Where Do We Go? debuted at No. 1 on the Billboard 200 in the U.S as well as 17 additional countries around the world upon release, and was the most streamed album of the year. When We All Fall Asleep, Where Do We Go? was written, produced and recorded entirely by Billie Eilish and brother Finneas in their childhood home in Los Angeles. Billie Eilish went on to make history as the youngest artist to receive nominations and win in all the major categories, at the 62nd Grammy Awards, receiving an award for Best New Artist, Album of the Year, Record of the Year, Song of the Year, and Best Pop Vocal Album. Billie Eilish is also the youngest artist to write and record an official James Bond theme song, “No Time To Die.”