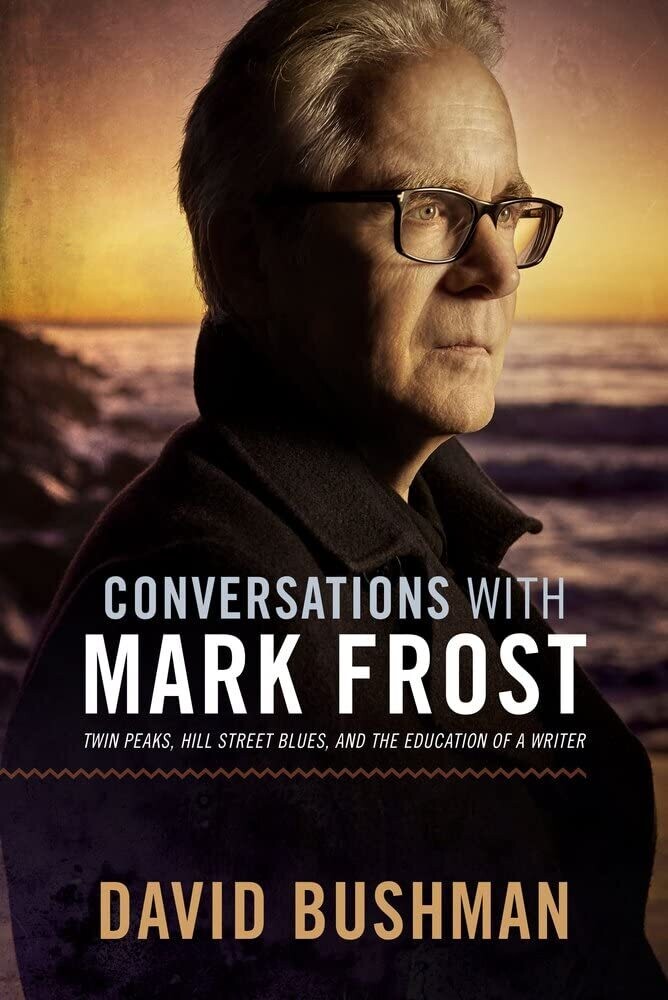 Mark Frost, cocreator of both the original Twin Peaks and The Return, is often lost in the shadow of cocreator David Lynch in the eyes of critics and scholars. In fact, Frost played at least as crucial a role in developing the narrative, mythology, and aesthetic of those groundbreaking, critically revered series. Conversations with Mark Frost deconstructs that legendary partnership, while at the same time exploring Frost’s values, influences, thematic preoccupations, and approach to creating art—for the screen, the stage, and the printed page—as well as his thoughts on a wide variety of political, artistic, and social topics. Included, for example, are Frost's recollections of a bizarre encounter with Warren Beatty and Donald Trump in the mid-eighties, his days as a production assistant on Mister Roger's Neighborhood, his experiences working alongside the likes of David Milch in the legendarily competitive writers' room at Hill Street Blues, conversations about alien life and time travel with iconic film director Steven Spielberg, and much, much more.

"Twin Peaks fans will relish the two chapters about the show. Although Frost never comes out and bad-mouthes Lynch, per se, he has some interesting, and some might say negative, things to say about the auteur. And despite the positive facade Frost put on during the promotion leading up to and during the airing of the third season of Twin Peaks, he has some fascinating things to say about what went on behind the scenes, and what went wrong with might be the final season of Twin Peaks." —Ahmed Khalifa, Thoughts of Darkeness

David Bushman is a longtime television curator at The Paley Center for Media and an adjunct professor of media at colleges in the New York area. He is the author of Twin Peaks FAQ: All That’s Left to Know About a Town Both Wonderful, among other titles.