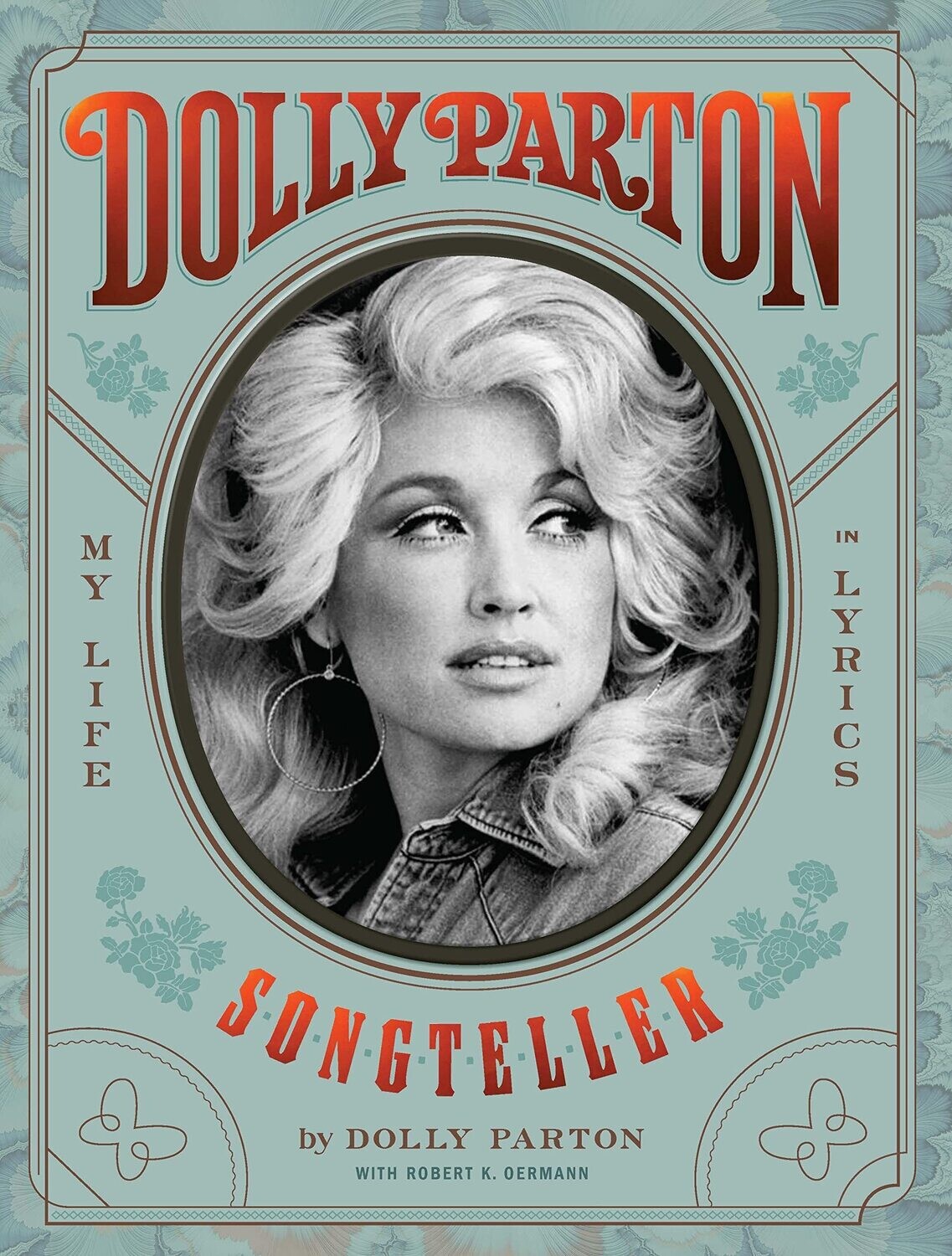 New York Times bestseller Dolly Parton, Songteller: My Life in Lyrics is a landmark celebration of the remarkable life and career of a country music and pop culture legend.

As told in her own inimitable words, Songteller explores the songs that have defined Parton's journey. Illustrated throughout with previously unpublished images from her personal and business archives, the Washington Post calls it "a gold mine of little-seen photos and personal anecdotes."

Mining over 60 years of songwriting, Dolly Parton highlights 175 of her songs and brings readers behind the lyrics. A celebrity memoir like no other, Dolly Parton, Songteller reveals the stories and memories that have made Dolly a beloved icon across generations, genders, and social and international boundaries.

A RARE VISUAL ARCHIVE: Packed with never-before-seen photographs and classic memorabilia from Parton's archives, this book is a show-stopping must-have for every Dolly Parton fan.

BEHIND THE BELOVED SONGS: Learn the history, personal stories, candid insights, and myriad memories behind classic Parton songs like "Jolene," "9 to 5," "I Will Always Love You," and more in this "splashy, entertaining guide to the lyrics of one of the most popular musicians of our time" (Kirkus Reviews).

EVERYONE LOVES DOLLY: The perfect gift for Dolly Parton fans, as well as lovers of music history and country singer-songwriters.

“Chances are, if you ask a Beverley Cleary fan to picture Ramona Quimby, they’ve got a strong image in mind. Well, their Ramona may be different than mine, and that’s perfectly fine. There have been no fewer than five major illustrators over the course of our beloved heroine’s 65-year reign—from Louis Darling’s elegant ink drawings to Tracy Dockray’s flat gray-shaded cartoons—and their diversity reemphasizes the timelessness of the stories. Featuring full-color illustrations and insightful essays by Annie Barrows and Jacqueline Rogers, The Art of Ramona Quimby is a must-have for fans of all stripes.” — Kirkus Reviews― -


Dolly Parton is the most honored and revered female country singer-songwriter of all time. Achieving 25 RIAA-certified gold, platinum, and multi-platinum awards, she has had 26 songs reach #1 on the Billboard country charts, a record for a female artist. Parton recently became the first country artist honored as Grammy MusiCares Person of the Year given out by NARAS. She has 41 career Top 10 country albums, a record for any artist, and 110 career-charted singles over the past 40 years. In 2014, the RIAA recognized her impact on recorded music with a plaque commemorating more than 100 million units sold worldwide. Her 2016 #1 album, "Pure & Simple," which topped the Billboard Top Country Albums and Americana/Folk Albums charts and debuted at No. 1 in the U.S., Canada, U.K. and Australia, added to that massive tally. She has garnered ten Grammy Awards and 49 nominations, including the Lifetime Achievement Award and a 2020 win with for KING & COUNTRY for their collaboration on "God Only Knows"; 10 Country Music Association Awards, including Entertainer of the Year; five Academy of Country Music Awards, also including a nod for Entertainer of the Year; four People’s Choice Awards; and three American Music Awards. In 1999, Parton was inducted as a member of the coveted Country Music Hall of Fame. Parton has donated over 130 million books to children around the world with her Imagination Library. Her children's book, Coat of Many Colors, was dedicated to the Library of Congress to honor the Imagination Library's 100 millionth book donation. From her "Coat of Many Colors" while working "9-to-5," no dream is too big and no mountain too high for the country girl who turned the world into her stage.

Robert K. Oermann is a Nashville-based music journalist who is considered the "unofficial historian of Nashville's musical heritage." He has written several books on country music, including Finding Her Voice: The Saga of Women in Country Music, which won the ASCAP Deems Taylor Award for music book excellence. He lives with his wife in Nashville, Tennessee.