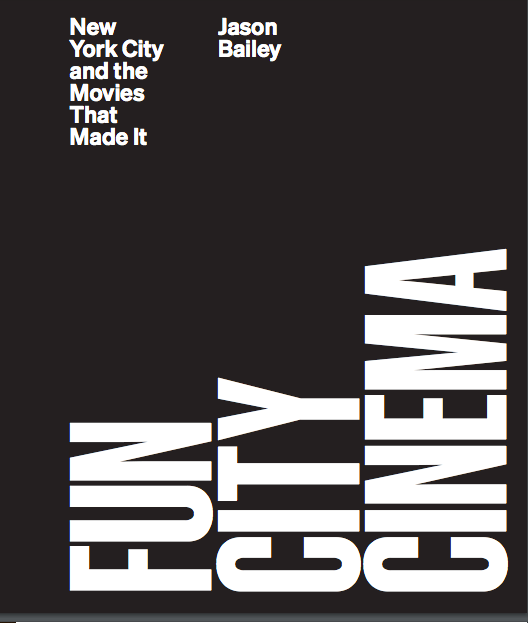 Fun City Cinema: New York and the Movies That Made It [Hardcover]

Los Angeles will always be the city of angels and the city of dreams. But New York is the city of mean streets, the sweet smell of success, the summer of sam, the midnight cowboy, the taxi driver, the pickup on south street, and the 25th hour, among so many other classics. New York always wins. It's the Naked City, with eight million stories, and it never, ever sleeps. Moviemaking as an industry began on the East coast of the United States but soon migrated to Southern California where the weather was nicer, the real estate was cheaper, and producers could manufacture almost any fantastic vision they liked. But mentally, spiritually and often geographically, filmmakers never stopped drifting back east, because New York City was always the greatest set of them all. It was real. It felt real, even when it was photographed to evoke a dream or nightmare. When the Avengers assembled, they didn't do it in Los Angeles. When Godzilla finally surfaced in the US, he didn't go to Houston. Geddafuggouddahere.

Film critic, entertainment journalist and biographer Jason Bailey takes viewers on an adrenaline-jacked tour of New York time and space, onscreen and off, in Fun City Cinema: New York and the Movies that Made It. As the title confirms, this is not merely a list of movies that happen to be set in New York, or that used New York for one reason or another. It's about New York City as a birthplace to, and dream prompt for, innumerable classic works. Some were physically produced elsewhere (like the indelible last act of King Kong, all versions), but the vast majority were shot on location. The waxing and waning attraction between Hollywood talent and New York production deals (and soundstages) constitutes a major part of Bailey's story. And he plays close attention to how different New York City mayors (movies stars in their own rights, some of them clowns or antiheroes) played a role in shaping the character of the movies shot during their time in office.

Jason Bailey is a film critic and historian. A graduate of the Cultural Reporting and Criticism at NYU’s Arthur L. Carter Journalism Institute, and the former film editor of Flavorwire, his work has appeared in The New York Times, Vulture, Slate, VICE, The Atlantic, Salon, The Guardian, Rolling Stone, The Playlist, The Dissolve, and Crooked Marquee. He lives in the Bronx with his wife and two daughters. Fun City Cinema is his fifth book.

Matt Zoller Seitz is an editor-at-large for RogerEbert.com; the TV critic for New York magazine; the author of The Wes Anderson Collection, The Wes Anderson Collection: The Grand Budapest Hotel, The Oliver Stone Experience, and Mad Men Carousel; and the coauthor of The Sopranos Sessions. He is based in Cleveland, Ohio, and New York City.
Save this product for later
Display prices in: USD