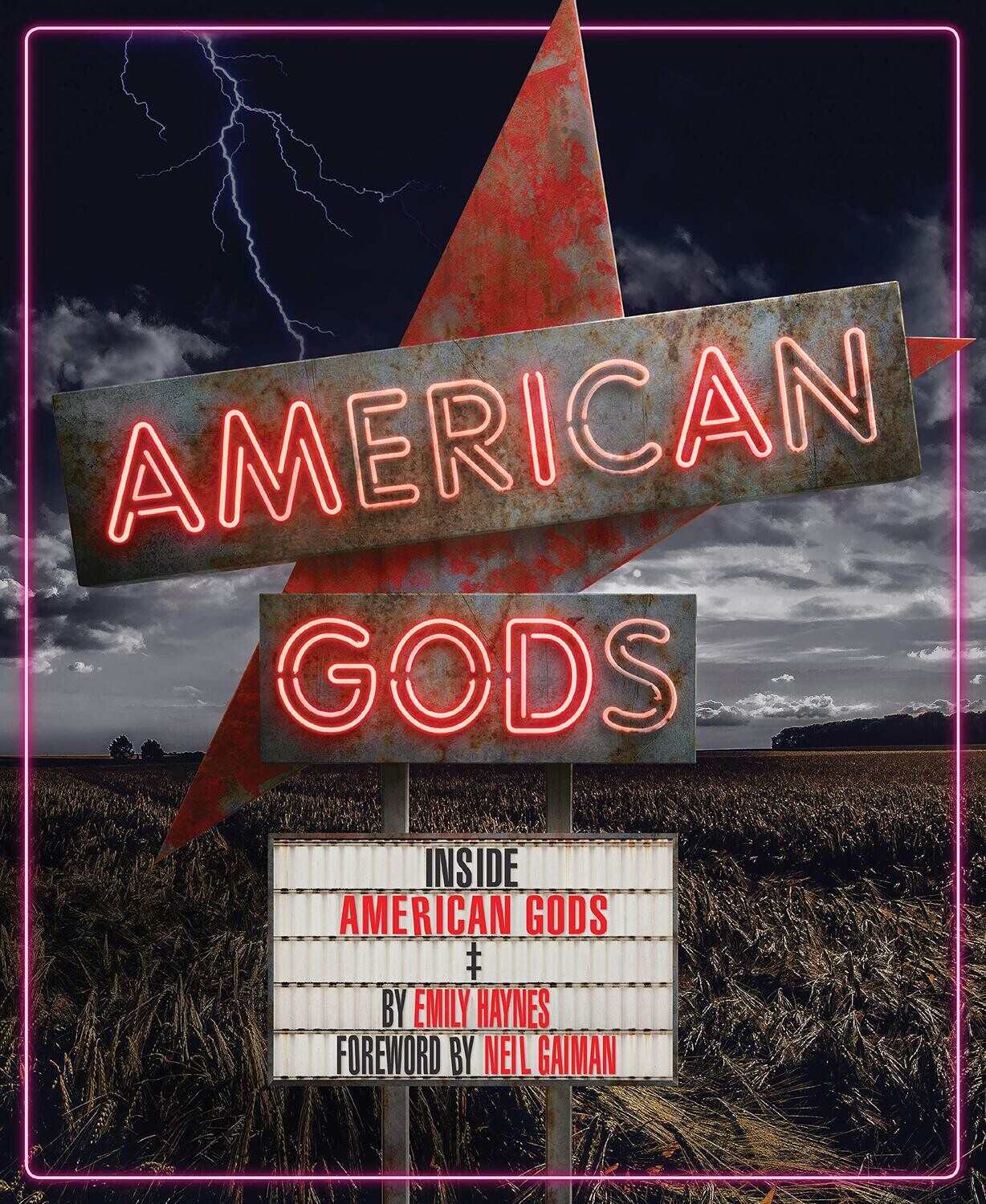 978-1452156057U
$5.00
Behind-the-scenes making of coffee table book on Bryan Fuller's Starz adaptation of American Gods.
Out of stock
1
Product Details

A richly illustrated and annotated behind-the-scenes look at the making of the Stars series American Gods.

Neil Gaiman's American Gods: The bestselling and most beloved novel, American Gods, is now a critically acclaimed Starz television series. In this official companion to the series, Gaiman fans will see behind the scenes of this compelling, surreal show in which Old Gods and New Gods battle for the hearts and minds of modern-day people. Inside American Gods dives deep into the show's character development and world building. Inside American Gods features interviews with actors Gillian Anderson, Crispin Glover, and Ian McShane, revealing how they brought this cult favorite to the screen.

Packed with previously unpublished set photos, concept art, and production designs:Inside American Gods covers Season 1-as well as a teaser of exclusive content for Season 2-in a spectacular hardcover package sure to please fans of the book and the series.

Fans of books such as Claimed by Gods, All the Pieces Matter: The Inside Story of the Wire, and Notes from the Upside Down: An Unofficial Guide to Stranger Things will appreciate Emily Hayne's Inside American Gods.

Emily Haynes is an author and the cofounder of BluePen, an editorial development agency. She lives in Los Angeles with her husband and two sons.

Neil Gaiman is an award-winning author of books, graphic novels, short stories, and films for all ages. His titles include Norse Mythology, The Graveyard Book, Coraline, The View from the Cheap Seats, The Ocean at the End of the Lane, Neverwhere, and the Sandman series of graphic novels, among other works. Born in the United Kingdom, he now lives in the United States.

This is a used copy, purchased from the Baltimore Public Library. The interior is pristine but there is visible wear and tear on the edges of the cover and spine, along with library markings.