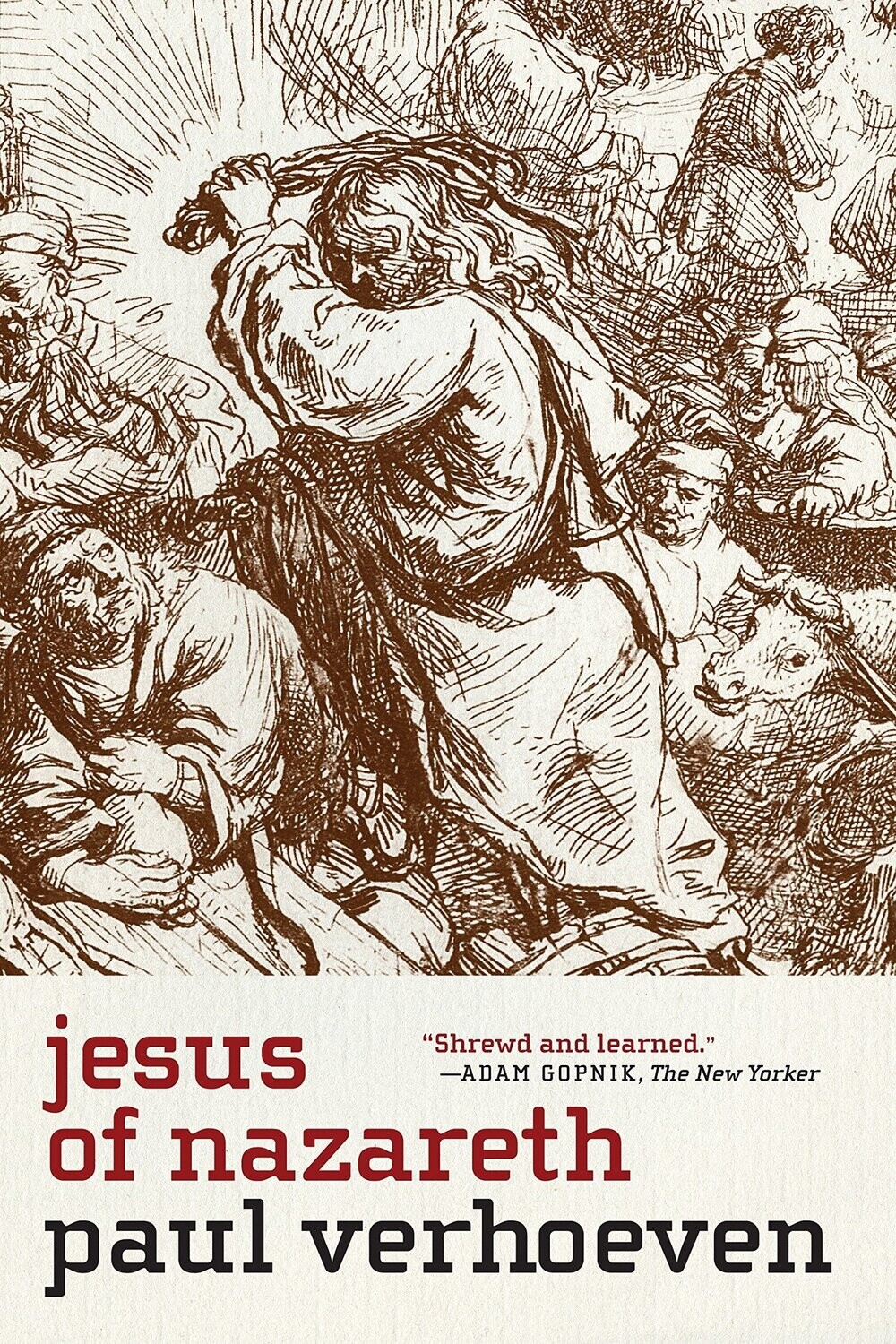 Building on the work of biblical scholars—Rudolph Bultmann, Raymond Brown, Jane Schaberg, and Robert Funk, among others—filmmaker Paul Verhoeven disrobes the mythical Jesus to reveal a man who has much in common with other great political leaders throughout history—human beings who believed that change was coming in their lifetimes. Gone is the Jesus of the miracles, gone the son of God, gone the weaver of arcane parables whose meanings are obscure.

In their place Verhoeven gives us his vision of Jesus as a complete man, someone who was changed by events, the leader of a political movement, and, perhaps most importantly, someone who, in his speeches and sayings, introduced a new ethic in which the embrace of human contradictions transcends the mechanics of value and worth that had defined the material world before Jesus. "The Romans saw [Jesus] as an insurrectionist, what today is often called a terrorist. It is very likely there were ‘wanted’ posters of him on the gates of Jerusalem. He was dangerous because he was proclaiming the Kingdom of Heaven, but this wasn’t the Kingdom of Heaven as we think of it now, some spectral thing in the future, up in the sky. For Jesus, the Kingdom of Heaven was a very tangible thing. Something that was already present on Earth, in the same way that Che Guevara proclaimed Marxism as the advent of world change. If you were totalitarian rulers, running an occupation like the Romans, this was troubling talk, and that was why Jesus was killed." —Paul Verhoeven, from profile by Mark Jacobson in New York Magazine

"Verhoeven turns out to be a member of the Jesus Seminar, a collection mostly of scholars devoted to reconstructing the historical Jesus, and much of what he has to say is shrewd and learned." —Adam Gopnik, New Yorker

"Jesus goes from being a follower of John the Baptist to inspired exorcist to peace-loving proclaimer of the Kingdom of God to a messianic rebel forced by the authorities and Romans into a radicalized corner to fight for his developing and somewhat desperate beliefs. Rather than forcing himself to throw out major portions of the story to make his sense of Jesus fit a given thesis, Verhoeven manages to pull together all the major threads and make narrative sense of it all." —Christopher Napolitano, Playboy

"Verhoeven brings a searing honesty to the Jesus debate. His cinematic eye catches nuances that scholars have often overlooked. The payoff is a Jesus released from ecclesial and dogmatic winding sheets … a human being who breathes our air, risks, dreams, imagines, and makes mistakes." —Arthur Dewey, Professor of Theology, Xavier University and fellow of the Jesus Seminar

"Verhoeven certainly knows whereof he speaks, having as a boy experienced the boot of Nazi occupation in his native Holland. His Jesus is, therefore, fresh and invigorating, and thoroughly more historical and convincing than earlier ones." —Robert Eisenman, author of James the Brother of Jesus and The New Testament Code

After receiving advanced degrees in math and physics, PAUL VERHOEVEN began to make movies, eventually moving from his native Holland to Los Angeles in 1985, where he also became the only non-theologian admitted into the Jesus Seminar, a group of seventy-seven eminent scholars in theology, philosophy, linguistics, and biblical history. Verhoeven is the director of successful films such as Turkish Delight, The Fourth Man, RoboCop, Basic Instinct, and Starship Troopers.