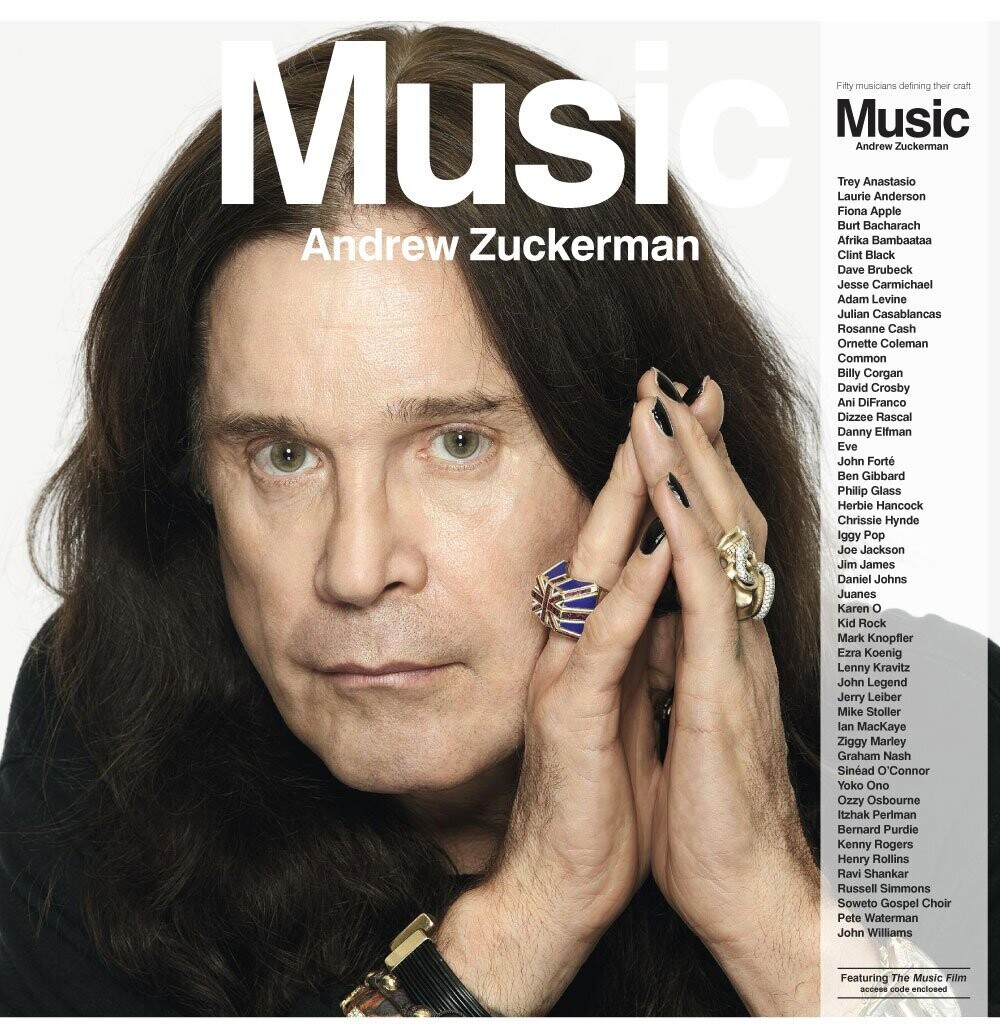 Following the highly acclaimed Wisdom, Andrew Zuckerman now turns his unique photographic perspective to music. This new book includes fifty eminent musicians—artists, composers, producers, and performers from rock, rap, dance, soul, R&B, classical, country, reggae, pop, jazz, world, and more—who have made an impact on their genre, contributed to the larger conversation, and have a unique perspective on life.

Each musician is photographed and interviewed on film about the process of making music, the power of music, and the experience of writing, producing, and performing. The group includes emerging artists, as well as legends from a variety of genres, and together, they create a distinctive understanding of the universal language of music.

Andrew Zuckerman is a New York–based photographer, author, and filmmaker. His book Creature (2007), a portrait series of animals, was released to critical acclaim and has reprinted numerous times. Wisdom (2008), a book, film, and traveling exhibition, is an ongoing project made with the support of Archbishop Desmond Tutu.

Copy is Brand New and wrapped in original plastic.