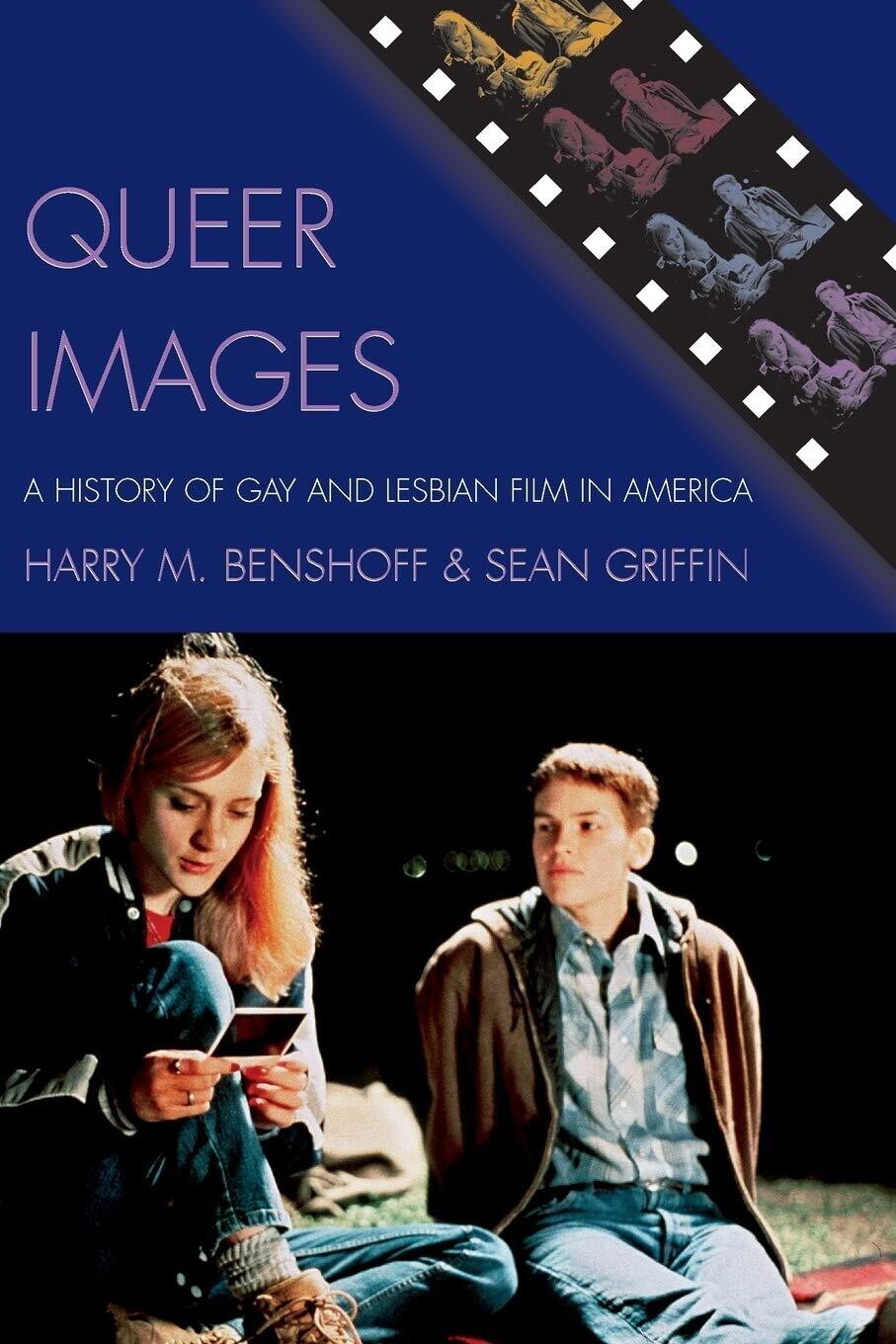 Queer Images: A History of Gay and Lesbian Film in America (Genre and Beyond: A Film Studies Series) (Paperback, NEW)

From Thomas Edison's first cinematic experiments to contemporary Hollywood blockbusters, Queer Images chronicles the representation of lesbian, gay, bisexual, and queer sexualities over one hundred years of American film. The most up-to-date and comprehensive book of its kind, it explores not only the ever-changing images of queer characters onscreen, but also the work of queer filmmakers and the cultural histories of queer audiences.

This entertaining and insightful book reveals how the meaning of sexual identity―as reflected on the silver screen―has changed a great deal over the decades, and it celebrates both the pioneers and contemporary practitioners of queer film in America. Queer Images is an essential volume for film buffs and anyone interested in sexuality and culture.

[An] excellent general history of queer sexualities in American film over the past 100 years. . . . The college professor authors maintain an accessible style and vocabulary even while tackling prickly points and turns of queer theory. Like [Vito] Russo's groundbreaking study, this new contribution to the field is essential. ― Publishers Weekly

Media professors Benshoff and Griffin set out to create the definitive guide to queer issues in American cinema, and they have succeeded admirably. Using an erudite yet easily readable approach, they explore homosexuality in the movies. . . . What's refreshing about this work is that it's not a one-sided criticism but a guide through the more progressive development of the presentation of gays in movies; readers are left with hope for the future. Highly recommended for general, gay and lesbian, and especially film collections. ― Library Journal

Replaces Vito Russo's The Celluloid Closet as the authoritative text on this subject. Writing in an engaging, literate style, Benshoff and Griffin brilliantly interweave film theory and queer theory with a history of the U.S. film industry, a complicated task. The authors display remarkable, almost archival knowledge of gay representation in classic Hollywood film and the contributions of queer artists to these films. Including an invaluable bibliography, this volume is now the standard for those interested in gay and lesbian film in the U.S. Essential. ― Choice

The productive duo Harry Benshoff and Sean Griffin have provided in Queer Images a much-needed survey of a field of ongoing historical discovery and socio-cultural turbulence. An ideal textbook for the burgeoning network of queer cinema undergraduate courses, Queer Images is an elegantly clear and comprehensive, jargon-free update of Vito Russo and Richard Dyer for the queer twenty-first century. The book bursts with vivid questions and case studies drawn from the tapestry of film history―a tonic for an amnesiac generation of readers, queer and otherwise. -- Thomas Waugh, Concordia University

Mssrs. Benshoff and Griffin ably guide the avid reader through this by-now vast yet still under exposed field of entertainment and concern. For better or usually worse, motion pictures and the visual media are overly influential in defining who and what non-heterosexual people are. Understandably, a minority that mostly fails to identify and define itself will be 'explained' and misrepresented by others, especially its cross ill-wishers. Benshoff and Griffin point out, entertainingly and urgently, the false either-or 'thinking' that informs American attitudes toward sexuality and gender in real life and reel life―crucially so, for the huge chunk of citizens who believe they have never met 'a homosexual.' Gay-, lesbian-, and bi-themed films and characters are undeniably engaging―and often upsetting―but as this fun and riveting book makes clear, it's one thing to preach 'liberty and justice for all,' and another to practice it―on screen or in life. -- Boze Hadleigh, author, The Lavender Screen

Queer Images is an indispensable book for anyone studying the history of gays, lesbians, bisexuals, and transgendered people in film―and for anyone who just simply loves the movies. Comprehensive and entertaining, Queer Images takes us on a fascinating journey through old Hollywood and up through the world of independent film, looking at queer films, filmmakers, and audiences, and how they treated, reflected―and sometimes shaped―sexuality and sexual identity. An important, timely must-read for film buffs of every stripe. -- Michelangelo Signorile, talk show host; author, Life Outside

Do you want to know anything and everything about gay, lesbian, bisexual, trans, and queer films, filmmakers, and film characters? Then Queer Images is the book for you. It is a one-stop treasure trove of information and sharply written observations. Each chapter is filled with insights and surprises. No other history of queer film has covered so much so skillfully. -- Alexander Doty, professor of gender studies and communication and culture, Indiana University; author of Making Things Perfectly Queer

Queer Images is a fascinating, sweeping overview of the ways gay men and lesbians have been portrayed on screen and what those portrayals tell us about who we were―and are―as a society. An impressive achievement. -- William J. Mann, author, Edge of Midnight and Behind the Screen

Kudos for Queer Images! Here's a book for anyone who loves films and for everyone who's interested in broader discussions of sexuality and culture. Chock full of background information on shifting political, cultural, and industry contexts, a gold mine of titles and names, Queer Images is a rewarding read. One of the most comprehensive and up-to-date histories on the topic, Benshoff and Griffin's volume surveys over one hundred years of movies, presents key criticism, and introduces a range of directors, actors, and film execs, too. A well-researched―and timely―addition to the field. -- Chris Holmlund, author, Impossible Bodies; coeditor, Contemporary American Independent Film

Harry M. Benshoff is associate professor of radio, television, and film at the University of North Texas and author of Monsters in the Closet: Homosexuality and the Horror Film. Sean Griffin is associate professor of film and media studies at Southern Methodist University and author of Tinker Belles and Evil Queens: The Walt Disney Company from the Inside Out. They are the co-authors of America on Film and the co-editors of Queer Cinema: The Film Reader.