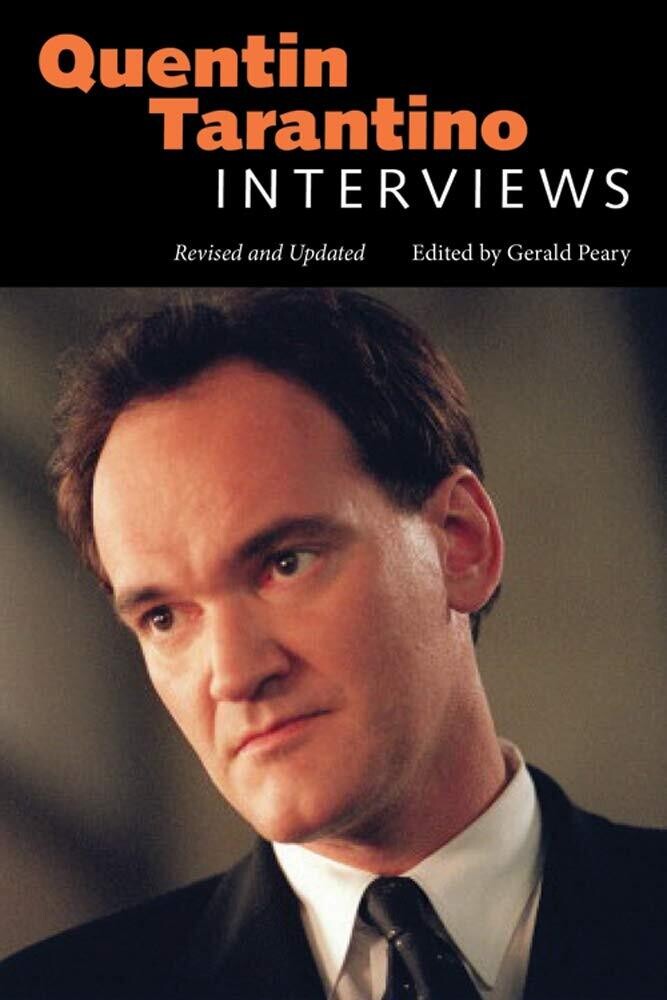 Here, in his own colorful, slangy words, is the true American Dream saga of a self-proclaimed "film geek," with five intense years working in a video store, who became one of the most popular, recognizable, and imitated of all filmmakers. His dazzling, movie-informed work makes Quentin Tarantino's reputation, from his breakout film, Reservoir Dogs (1992), through Kill Bill: Vol. 1 (2003) and Kill Bill: Vol. 2 (2004), his enchanted homages to Asian action cinema, to his rousing tribute to guys-on-a-mission World War II movie, Inglourious Basterds (2009). For those who prefer a more mature, contemplative cinema, Tarantino provided the tender, very touching Jackie Brown (1997). A masterpiece--Pulp Fiction (1994). A delightful mash of unabashed exploitation and felt social consciousness--his latest opus, Django Unchained (2012).

From the beginning, Tarantino (b. 1963)--affable, open, and enthusiastic about sharing his adoration of movies--has been a journalist's dream. Quentin Tarantino: Interviews, revised and updated with twelve new interviews, is a joy to read cover to cover because its subject has so much interesting and provocative to say about his own movies and about cinema in general, and also about his unusual life. He is frank and revealing about growing up in Los Angeles with a single, half-Cherokee mother, and dropping out of ninth grade to take acting classes. Lost and confused, he still managed a gutsy ambition: young Quentin decided he would be a filmmaker.

Tarantino has conceded that Ordell (Samuel L. Jackson), the homicidal African American con man in Jackie Brown, is an autobiographical portrait. "If I hadn't wanted to make movies, I would have ended up as Ordell," Tarantino has explained. "I wouldn't have been a postman or worked at the phone company. . . . I would have gone to jail."

From the Inside Flap

A fascinating collection of interviews with the colorful and provocative director of Reservoir Dogs, Kill Bill, Pulp Fiction, Django Unchained, and many other films

From the Back Cover

, and many other films

Gerald Peary, a film studies professor at Suffolk University, Boston, is a film critic for the Arts Fuse and editor of Quentin Tarantino: Interviews, John Ford: Interviews, and Samuel Fuller: Interviews, all published by University Press of Mississippi. He is also series editor of the Conversations with Filmmakers Series.