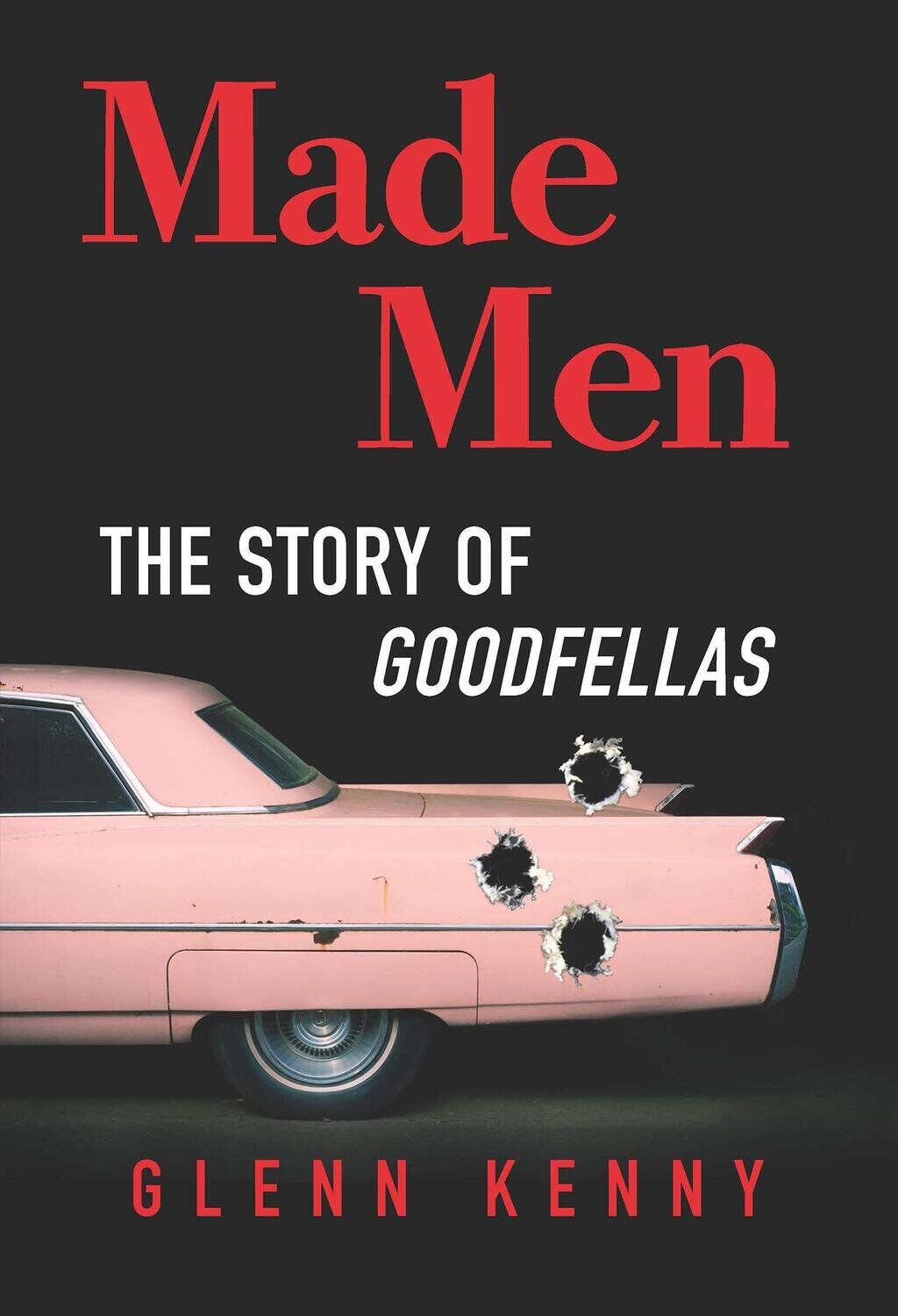 SIGNED Made Men: The Story of Goodfellas (Hardcover, NEW)

A Library Journal Best Book of the Year

A Sight and Sound Best Film Book Of 2020

For the thirtieth anniversary of its premiere comes the vivid and immersive history behind Martin Scorsese’s signature film Goodfellas, hailed by critics as the greatest mob movie ever made.

One of the best books about a single movie ever written, Glenn Kenny's Made Men: The Story of Goodfellas is a combination behind-the-scenes history and critical study, guaranteed to regale readers with facts they haven't heard before no matter how obsessively they've rewatched and researched the film.

Kenny takes the reader through the production of Martin Scorsese's sprawling gangster drama, starting long before its inception; continuing through preproduction, production, editing, and commercial release, and folding that story within a larger narrative about Scorsese's evolution as a filmmaker and industry power player. The book shows how journalist Nick Pileggi's reportage was transformed into a multifaceted classic: a lurid gangster thriller; a study of a subculture; a coming-of-age picture; a detailed account of a courtship and marriage; an ironic yet nostalgic look back at a golden time in a man's life that just happened to involve drug dealing, loan sharking, and murder; and a quasi-documentary modeled on 1980s tabloid TV, meant to deglamorize a world that Francis Ford Coppola's Godfather films made majestic.

The book includes a detailed chapter on the film's needle-drop pop soundtrack; sections on the criminal careers of the real-life people that the crew was based on (including Henry Hill himself); a chapter on costar Robert DeNiro's preparation for the role of Jimmy Conway; and a section on the career and aesthetic of Scorsese's regular editor, Thelma Schoonmaker, whose cutting of Goodfellas was interrupted by the death of her husband, director Michael Powell, who was a hero and mentor to Scorsese. This is a classic book about a classic movie, nearly as much fun to read as Goodfellas is to watch.

All copies guaranteed pristine and signed by Glenn Kenny.

"We saw Goodfellas the night it opened, in a packed theater, when we were in our early twenties. No doubt it changed the direction of our lives. This is the first book we've read that explains how and why the movie has such a deep and lasting impact. Glenn Kenny is a scholar and a writer, and every bit the literary hit man that Tommy DiSimone was in real life." —Brian Koppelman and David Levien, Screenwriters (“Rounders, Ocean’s 13”), co-creators of “Billions"

"What an incredibly cool and rewarding piece of work. Smart, funny, perceptive, and replete with fascinating trivia (during the legendary one-take tracking shot in the Copa, Henry and Karen travel in a circle), Made Men effectively rebuilds in prose the greatest gangster film ever made. Anyone who cares at all about the movies needs to read this. Glenn Kenny, salud." —Tom Bissell, author of Creative Types and coauthor of The Disaster Artist


"Insightful, gregarious, and encompassing, Made Men is not just the essential book on the making of Goodfellas, but also a wonderful mini-course in film and filmmaking. What a pleasure it is to go to the movies with Glenn Kenny!" - Owen King, author of Double Feature


“Glenn Kenny’s critical acumen and eye for revealing detail is in effervescent display on every page of Made Men, a book not just for Scorsese fans but for everyone who loves the lore of the movies as much as the films themselves.” —Michelle Dean, author of Sharp


Impeccably researched, fluently written, and infused with insight, wit and mastery, Made Men is exactly what you want from a making-of-your-favorite-movie book. From mob stories to the nuts-and-bolts business of crafting a masterpiece, it's all here. You'd have to be a real schnook not to read it. -Shawn Levy, author of De Niro: A Life, Rat Pack Confidential, and The Castle on Sunset


“Glenn Kenny’s Made Men is that rare book that’s as mesmerizing as the film it profiles.” -Library Journal, starred review

“Beyond the fresh scholarship it offers, Made Men also happens to be the sort of enjoyable read that any fan of the movie will want to own… it’s one of those books you can’t believe hasn’t been written already. Let’s just be grateful it finally has.” -Sight and Sound


I’m blown away at the level of detail in Kenny’s writing... If you’re a fan of Goodfellas, or filmmaking in general, I can’t recommend Kenny’s book enough." -The Times Georgian

"No one else has seen this magnificent, agonizing, unmooring movie with such piercing clarity." -Slant


"His book dives into everything from the business dealings and camera shots to the recipes for the meals Henry cooks and the soundtrack." -Orange County Register


"Meticulously researched and masterfully written... Filmmaking is a collaborative art, and Glenn Kenny leaves no artistic stone unturned when he analyzes the contributions made by dozens of people behind, and in front of, the camera." -WRBL

"Reading it is like watching the movie again while sitting next to the smartest person you know." -WBUR

"Fascinating... oh so worth your time." -Esquire

"Riveting and revealing... One book that is sure to be on every film lover’s bookshelves this fall." -The Film Stage

“Film critic and journalist Kenny knocks one out of the park with this thorough, well-documented, sharply written book about the 1990 Martin Scorsese film Goodfellas… A wonderful analysis of, and tribute to, a classic film.” -Booklist


"With its vivid re-creations of real-world underworld mythology and icons, Made Men makes for fleet, entertaining reading." -The Nation


"It’s everybody’s favorite Mafia movie, and doubtless its many partisans will crack open this book the next time they watch the film.” -Wall Street Journal

“This is film writing with enthusiasm and purpose… Kenny traces the genesis, production, themes, and legacy of Goodfellas with the exactitude of a scholar and excitement of a true Martin Scorsese acolyte.” –The Globe and Mail


"Made Men is obsessive, free-associative and exuberantly geeky. I mean that in a good way; it’s everything a hard-core fan might want." -New York Times Book Review

"A fascinating biography of a wonderful film. A++." -Manhattan Book Review

Glenn Kenny is a long time film critic based in New York. He has written for publications such as Film Comment, the Village Voice, and Rolling Stones and contributes film reviews to the New York Times and RogerEbert.com. He teaches film at NYU's Tisch School of the Arts. He is the author of "Robert De Niro: Anatomy of an Actor" and has appeared in films such as Steven Soderbergh's "The Girlfriend Experience" and Ricky D'Angelo's "The Sky Is Clear and Blue Today."
Save this product for later
Display prices in: USD