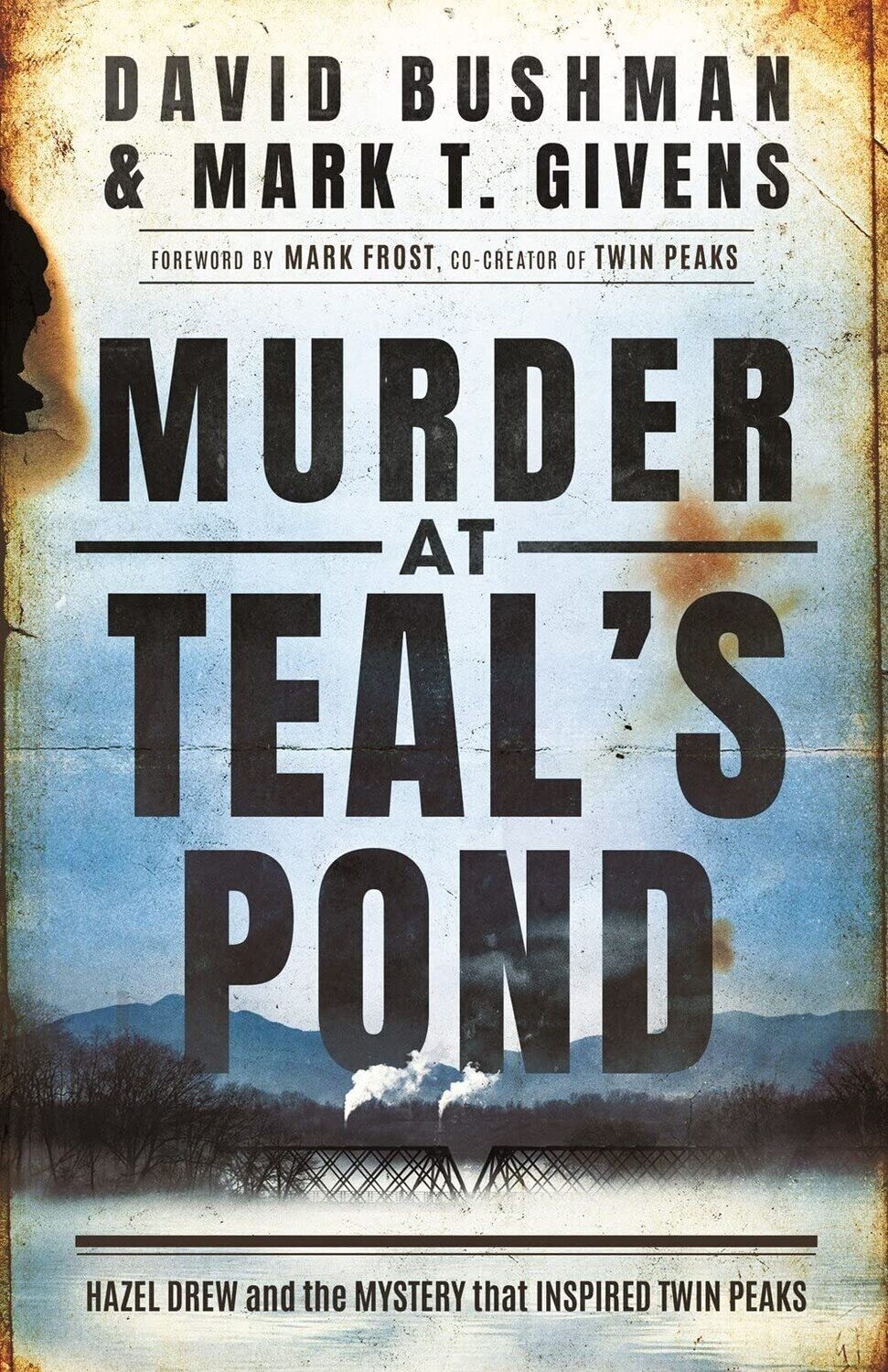 In 1908, Hazel Drew was found floating in a pond in Sand Lake, New York, beaten to death. The unsolved murder inspired rumors, speculation, ghost stories, and, almost a century later, the phenomenon of Twin Peaks. Who killed Hazel Drew? Like Laura Palmer, she was a paradox of personalities—a young, beautiful puzzle with secrets. Perhaps the even trickier question is, Who was Hazel Drew?

Seeking escape from her poor country roots, Hazel found work as a domestic servant in the notoriously corrupt metropolis of Troy, New York. Fate derailed her plans for reinvention. But the investigation that followed her brutal murder was fraught with red herrings, wild-goose chases, and unreliable witnesses. Did officials really follow the leads? Or did they bury them to protect the guilty?

The likely answer is revealed in an absorbing true mystery that’s ingeniously reconstructed and every bit as haunting as the cultural obsession it inspired.

Murder at Teal’s Pond is an atmospheric and page-turning historical true crime book with all the elements of a future classic in the vein of The Devil in the White City and In Cold Blood.

Authors David Bushman and Mark T. Givens are Twin Peaks aficionados and have been writing and podcasting about the show for years. When they learned that Laura Palmer, the victim at the heart of the show, was inspired by a real woman—the beautiful and mysterious Hazel Drew—they became utterly fascinated by Hazel’s unsolved murder, determined to find out what exactly happened to her back in 1908.

Who would want to kill Hazel, an enigmatic—and powerless—domestic worker? Was it a crime of passion or premeditated? Did she have a secret lover, or was she witness to a crime? In this expertly researched book, Bushman and Givens investigate the prominent families, politicians, and power brokers of the time, as well as Hazel’s own family. The authors leave no stone unturned in their search for what happened on that fateful day in July of 1908.

In the end, we must accept there will never be a happy ending for Hazel, but I do believe the authors have provided her with long-overdue justice.

David Bushman, a longtime TV curator at the Paley Center for Media, is the author of Conversations with Mark Frost: “Twin Peaks,” “Hill Street Blues,” and the Education of a Writer and coauthor of Twin Peaks FAQ and Buffy the Vampire Slayer FAQ. He is an adjunct professor of communication arts at Ramapo College of New Jersey, as well as a former TV editor at Variety and program director at TV Land. David lives in New York City with his wife and two daughters.

Mark T. Givens works as a consultant for the federal government and is the creator and host of the Twin Peaks–centric podcast Deer Meadow Radio (www.deermeadowradio.libsyn.com). He lives a sometimes strange and wonderful life with his wife and three children in Washington, DC, where he is currently brainstorming concepts for his next book.