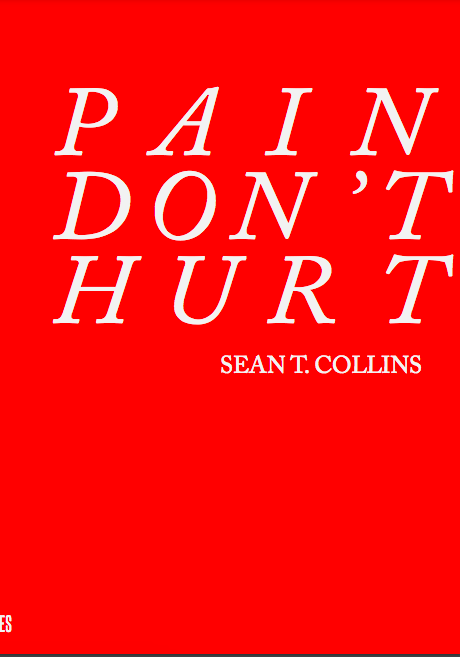 It started with a simple statement: “I could write about Road House every day for a year and never run out of things to say about it.” Writer and critic Sean T. Collins then spent a full year doing exactly that, penning daily meditations on director Rowdy Herrington’s cult-classic 1989 action flick 365 days in a row.

Essays, microfiction, song parodies, deep philosophical dives into the rules of bouncing, scene-by-scene analysis, close readings of the work of actors Patrick Swayze, Sam Elliott, Ben Gazarra, Kelly Lynch, and more—Pain Don’t Hurt is a year-long journey through what has been called the best “bad” movie ever made. Whether you know and love the film or plan to pay your first visit to the road house, let Pain Don’t Hurt’s crazy in-depth trip through this unique slice of movie magic be your guide.

“I’ve been reading books about pop culture for forty years. Pain Don’t Hurt is something I’ve never seen before. Imagine putting Guy Debord and the cast of Mystery Science Theater 3000 together in the same cigarettes-and-piss smelling dive bar, and hiring Raymond Carver to write a daily newspaper column about it. Yes, really.” —Matt Zoller Seitz

“Road House is the story of one bouncer’s quest to free a small town from the iron fist of the guy who is on the verge of opening the area’s first JC Penney. Over half a dozen men will die for this.” —from Pain Don’t Hurt

All copies are new and signed by author Sean T. Collins.