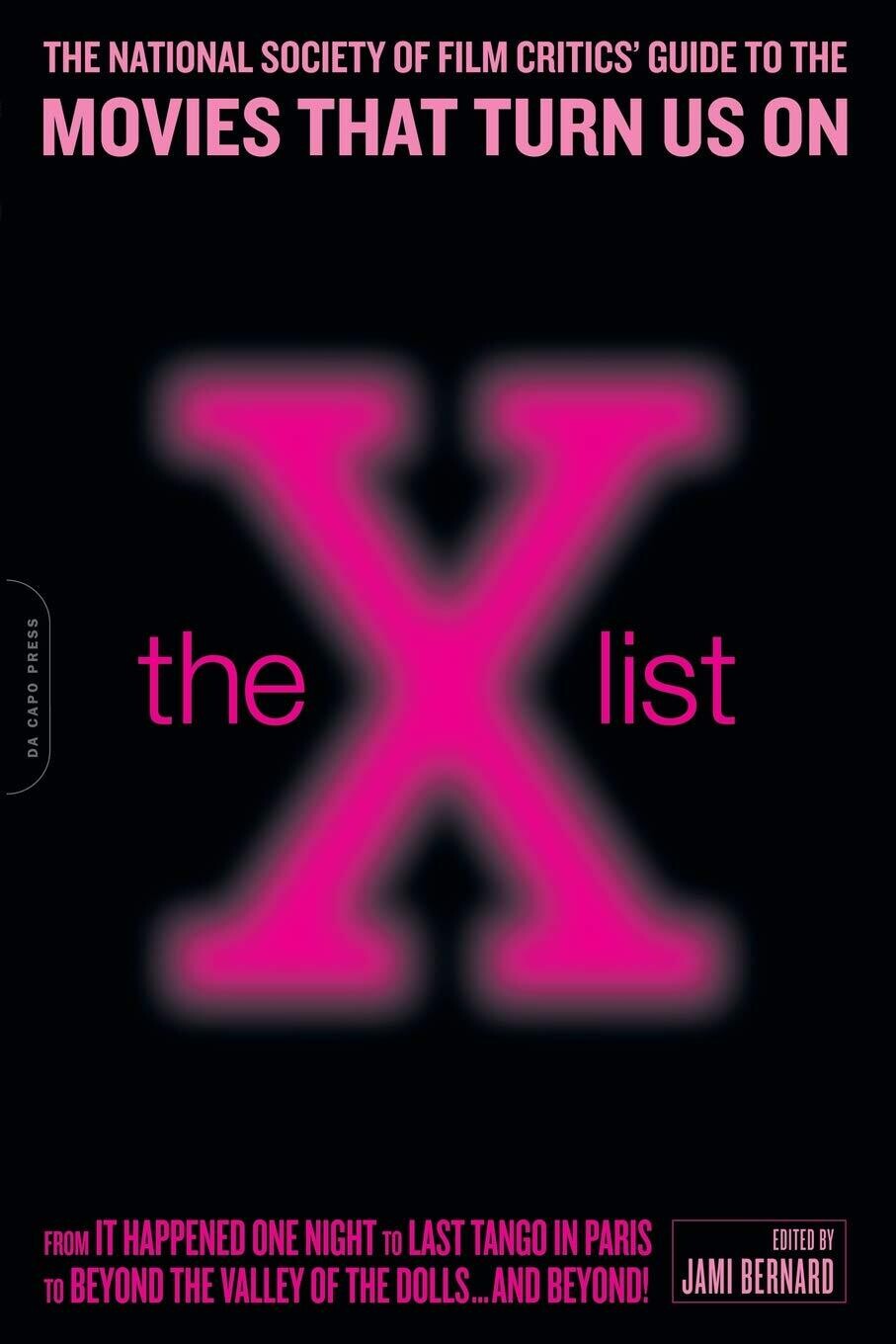 SIGNED The X List: The National Society of Film Critics' Guide to the Movies That Turn Us On

The National Society of Film Critics dares to go where few mainstream critics have gone before-to the heart of what gets the colored lights going, as they say in A Streetcar Named Desire. Here is their take on the films that quicken their (and our) pulses-an enterprise both risky and risque, an entertaining overview of the most arousing films Hollywood has every produced. The Society is a world-renowned, marquee-name organization embracing some of America's most distinguished critics, more than forty writers who have followings nationally as well as devoted local constituencies in such major cities as New York, Chicago, Los Angeles, Boston, Philadelphia, Atlanta, and Minneapolis. he X List will have something for every lover of film—and for every lover. But make no mistake about it: This isn't a collection of esoteric "critic's choice" movies. This group of essays edited by New York Daily News critic Jami Bernard reflects individual taste, rubbing against the grain of popular wisdom. Because of the personal nature of the erotic forces at play, these essays will reveal more about the individual critics than perhaps they have revealed thus far to their readers.

Acknowledging the timeless appeal of eroticism, members of the National Society of Film Critics extol and explicate the movies they deem the most seductive. Their 80 choices include prestige films that depict sex explicitly (e.g., In the Realm of the Senses, Irreversible), steamy box-office smashes (e.g., Basic Instinct, Klute), Hollywood classics ( Laura, Gilda), and porn flicks ( Deep Throat, Behind the Green Door). A few critics fess up to early sexual awakening via such seemingly innocuous fare as Butch Cassidy and the Sundance Kid and Hercules, or make surprising choices, such as The Mummy and the documentary Ayn Rand: A Sense of Life. Others sing the praises of sexual icons like Louise Brooks and Ann-Margret. Contributors include some of the best, if not best-known, critics (J. Hoberman, Stuart Klawans, Jonathan Rosenbaum) along with media heavyweight Roger Ebert, who offers a tribute to legendary soft-core director Russ Meyer. Because the selections represent so many genres and nations, the collection has going for it, besides its theme, a variety that most critical compilations lack. Gordon Flagg

SIGNED BY MATT ZOLLER SEITZ (author of the essay on "The Last of the Mohicans," p. 169).

All copies are used and in acceptable to good condition. Some may be library or university copies and may have shelf wear, underlining/margin notes, and possibly card catalog/circulation stickers.