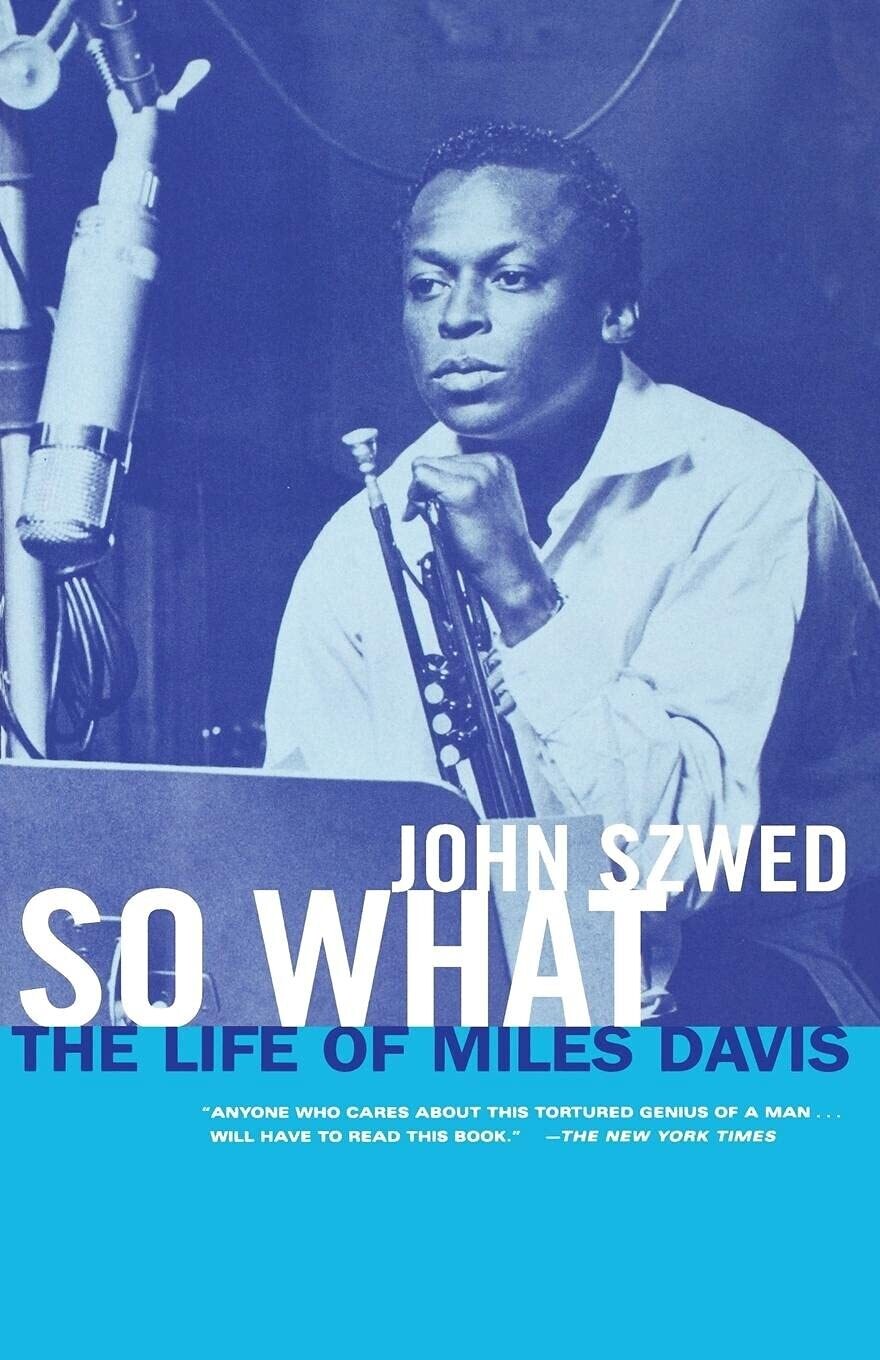 So What - The Life of Miles Davis (Paperback, USED)

Musical genius, visionary artist, enigma -- more than ten years after his death, Miles Davis still looms large as a cultural icon. In this, the first new biography since Davis' death, John Szwed draws on various archives and never-before-published interviews with those who knew him to produce the richest and most revealing portrait of Miles Davis to date.
The shy son of a dentist from Illinois, Miles Dewey Davis III would go through several transformations before becoming the image of cool. Change, says Szwed, was the driving force in both Davis' life and music -- as quickly as he established a new direction in his music and a new identity, he would radically reinvent both. He seemed to thrive on close musical relationships -- playing with jazz greats from Charlie Parker to John Coltrane and working with Dizzy Gillespie, Sonny Rollins, Wayne Shorter, and composer Gil Evans, among others -- and yet the enduring image of Davis is of a lone figure, famously turning his back on the audience. He was at the peak of his career, having achieved star status, when he withdrew from the spotlight, spending years as a recluse. These seeming contradictions fueled the myths surrounding the man, but Szwed's insights into Davis' personality and artistic creativity shed new light on his life, from his turbulent relationships to his drug use and mysterious last days. Elegantly written and carefully researched, So What is the authoritative life of an artist who was always ahead of his time.

Eric Nisenson Down Beat No writer has portrayed the complexity of Davis the man and the connection between that complexity and the music he played as well as Szwed does.

John Szwed is the John M. Musser Professor of Anthropology, African American Studies, Music, and American Studies at Yale University. He is the author of a number of books, including an introductory book about jazz, Jazz 101, and a biography, Space Is the Place: The Lives and Times of Sun Ra.

Copy is USED and in acceptable condition. Cover has crease and blunted edges and minimal water stain on the fore edge of the text block (outer edges).