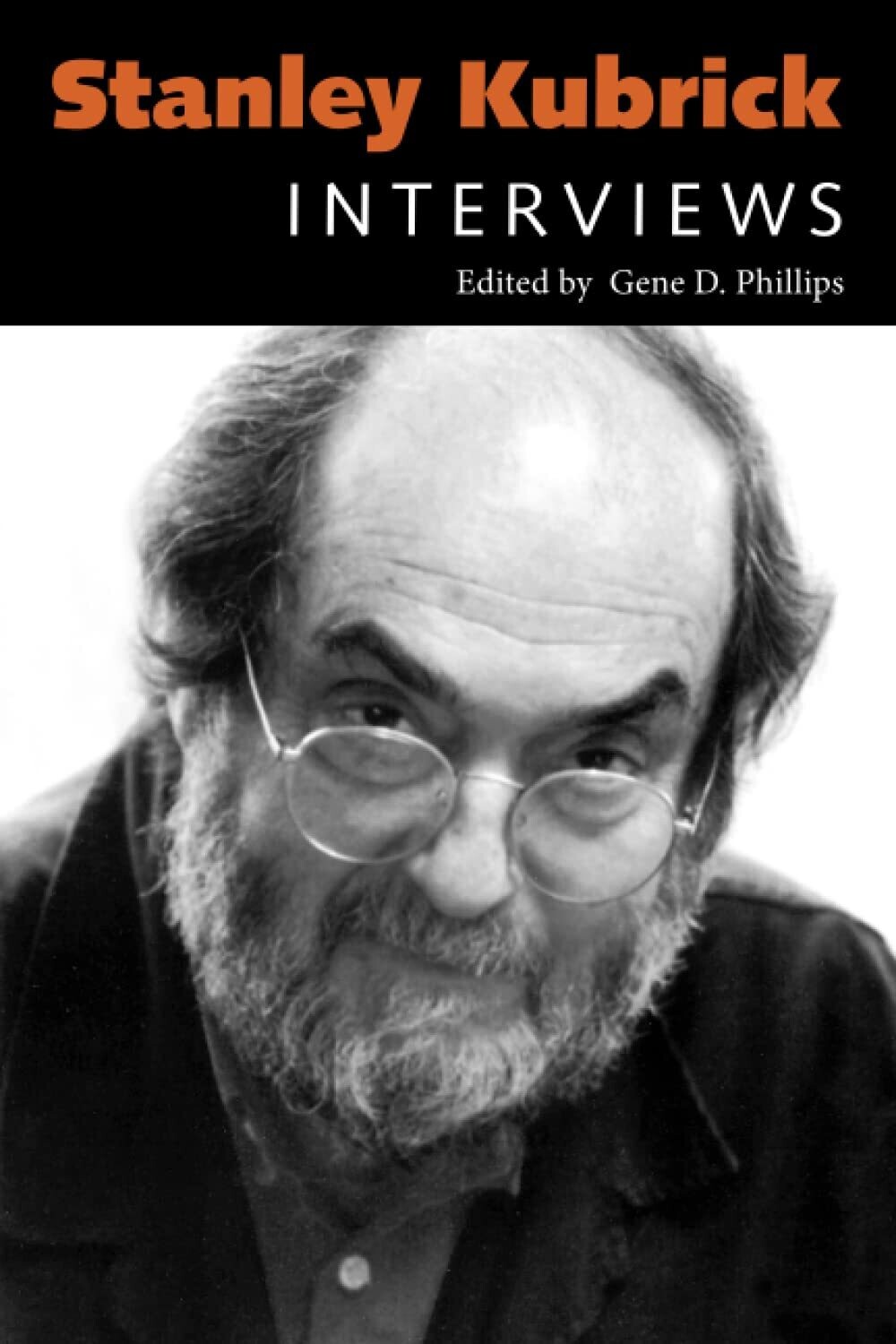 From his first feature film, Fear and Desire (1953), to his final, posthumously released Eyes Wide Shut (1999), Stanley Kubrick excelled at probing the dark corners of human consciousness. In doing so, he adapted such popular novels as The Killing, Lolita, A Clockwork Orange, and The Shining and selected a wide variety of genres for his films—black comedy (Dr. Strangelove), science fiction (2001: A Space Odyssey), and war (Paths of Glory and Full Metal Jacket). Because he was peerless in unveiling the intimate mysteries of human nature, no new film by Kubrick ever failed to spark debate or to be deeply pondered.

Kubrick (1928-1999) remained as elusive as the subjects of his films. Unlike many other filmmakers he was not inclined to grant interviews, instead preferring to let his movies speak for themselves. By allowing both critics and moviegoers to see the inner workings of this reclusive filmmaker, this first comprehensive collection of his relatively few interviews is invaluable. Ranging from 1959 to 1987 and including Kubrick's conversations with Gene Siskel, Jeremy Bernstein, Gene D. Phillips, and others, this book reveals Kubrick's diverse interests—nuclear energy and its consequences, space exploration, science fiction, literature, religion, psychoanalysis, the effects of violence, and even chess—and discloses how each affects his films. He enthusiastically speaks of how advances in camera and sound technology made his films more effective.

Kubrick details his hands-on approach to filmmaking as he discusses why he supervises nearly every aspect of production. “All the hand-held camerawork is mine,” he says in a 1972 interview about A Clockwork Orange. “In addition to the fun of doing the shooting myself, I find it virtually impossible to explain what I want in a hand-held shot to even the most talented and sensitive camera operator.”

Neither guarded nor evasive, the Kubrick who emerges from these interviews is candid, opinionated, confident, and articulate. His incredible memory and his gift for organization come to light as he quotes verbatim sections of reviews, books, and articles. Despite his reputation as a recluse, the Kubrick of these interviews is approachable, witty, full of anecdotes, and eager to share a fascinating story.

Behind the Velvet Rope Few directors have been as zealously protective of their privacy as Stanley Kubrick, which makes the first comprehensive collection of his interviews a rare glimpse of his own views of his life and work. For Stanley Kubrick: Interviews, editor Gene D. Phillips has tracked down pieces from 1959 to 1987, yielding an overview of the arc of Kubrick's approach to filmmaking. Surprisingly affable, Kubrick discusses everything from religion to nuclear energy and money. "It's a lot of trouble making a picture," says Kubrick at one point. "It can be very boring."
Copyright 2000 Reed Business Information, Inc.
Save this product for later
Display prices in: USD