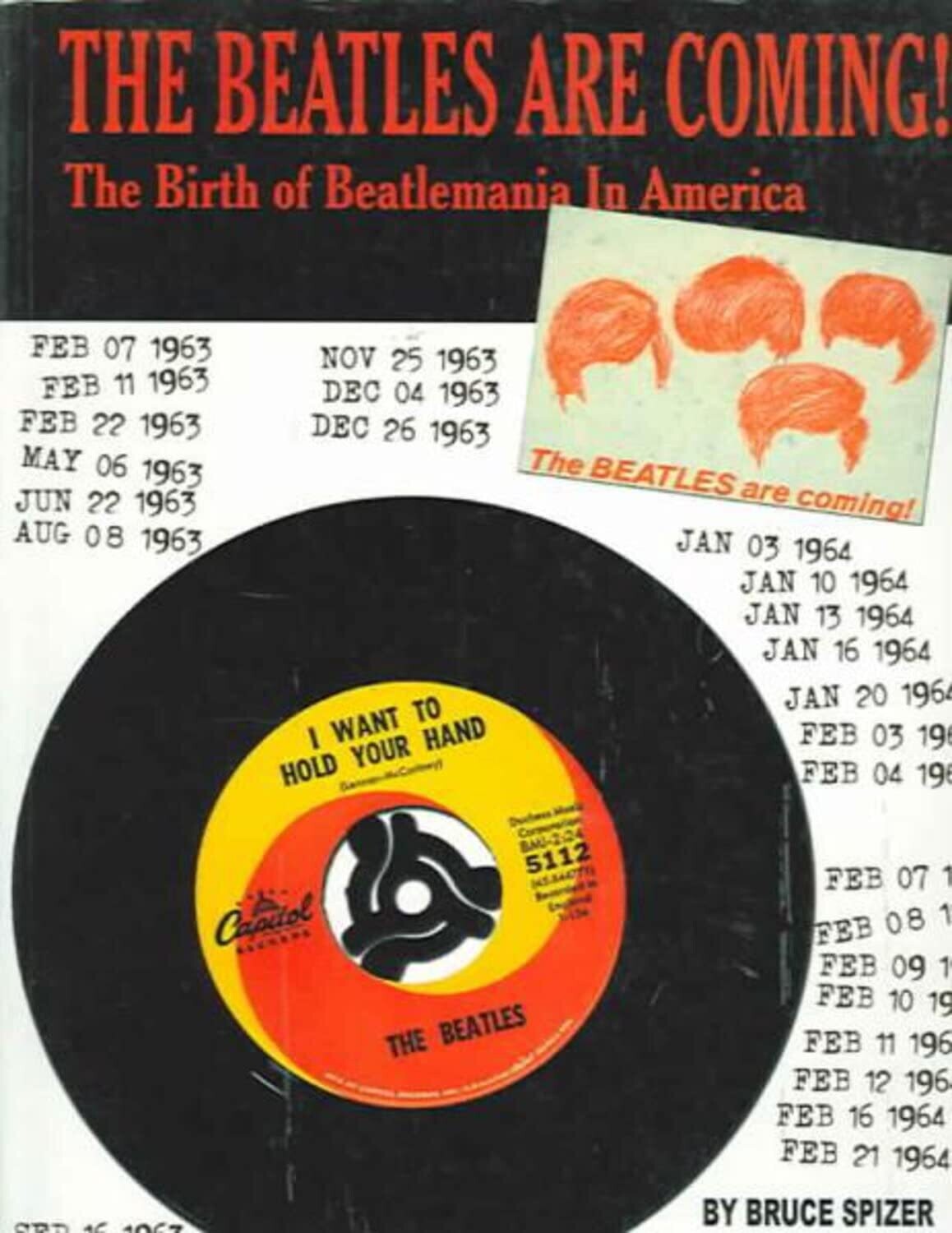 The Beatles Are Coming! Beatlemania in America (Paperback, NEW)

The Beatles Are Coming! covers the Beatles' first visit to the United States and the events leading up to the group's arrival on February 7, 1964. It is the most thorough and accurate book ever published on how Beatlemania evolved in America. The book details why Capitol Records turned down the Beatles four times before finally agreeing to release their records. It tells the stories of two small companies, Vee-Jay and Swan, who issued the group's records without success in 1963. It details the American media coverage of the Beatles in late 1963, when Beatlemania was viewed as a curious fad happening in England that could never catch on in the United States. It explains how the Beatles were booked for The Jack Paar Program and The Ed Sullivan Show, as well as two concerts at Carnegie Hall. The book concludes with stories and pictures of the Beatles historic first U.S. visit in February, 1964. The book contains over 450 images, including many previously unpublished photos of the Beatles. Foreword by Walter Cronkite.

A lavishly illustrated, carefully researched, fine-graned examination of the Beatles' first visit and everything leading up to it. -- The New York Times, February 6, 2004

A thoroughly researched entertaining account of the group's first U.S. visit, full of interesting and little known stories. -- Walter Cronkite, from the foreword

Expansive and authoritative...The definitive story of the year leading up to homegrown Beatlemania, with hundreds of photos and documents. -- The Washington Post, January 30, 2004

The definitive historical account of how the Beatles truly conquered America. Beatles Book of the Year...2004. -- Goldmine, March 19, 2004

Bruce Spizer is a life-long native of New Orleans and a first generation Beatles fan. He is a well-known Beatles author/historian and is considered one of the world’s leading experts on the Beatles. A "taxman" by day, Bruce is a Board Certified Tax Attorney and CPA. A "paperback writer" by night, Bruce is the author of ten critically acclaimed books on the Beatles, including “The Beatles Are Coming! The Birth of Beatlemania in America,” “The Beatles and Sgt. Pepper: A Fans’ Perspective,” "The Beatles White Album and the Launch pf Apple" and “Beatles For Sale on Parlophone Records,” which covers all of the Beatles records issued in the U.K. from 1962 - 1970. His articles have appeared in American History, Beatlefan, Goldmine and Parade. He has appeared on ABC’s Good Morning America and Nightline, CBS’s The Early Show, Fox National News, CNN, and morning shows in New York, Los Angeles, Chicago, Houston, Nashville, New Orleans and Washington, D.C. He is a frequent guest on local, national and international radio programs, including those broadcast by NPR, ABC and the BBC. Bruce has been a guest speaker at numerous Beatles conventions in the U.S. and U.K. and at the Grammy Museum, the Paley Center for Media, the Newseum, the American Film Institute, New York’s Lincoln Center and the Rock ’N’ Roll Hall of Fame & Museum in Cleveland. He wrote the questions and answers for the Beatles edition of Trivial Pursuit. Bruce serves as a consultant for Universal Music Group, Capitol Records and Apple Corps, Ltd. on Beatles projects. His credits on Beatles releases include the multi-million selling CD “1,” the CD box set “The Capitol Albums, Vol. 2” (wrote the essay), “The U.S. Albums” box set, the Ron Howard film “Eight Days A Week” and the deluxe edition of the 50th Anniversary release of “Sgt. Pepper’s Lonely Hearts Club Band.”

All copies are new and in excellent condition.