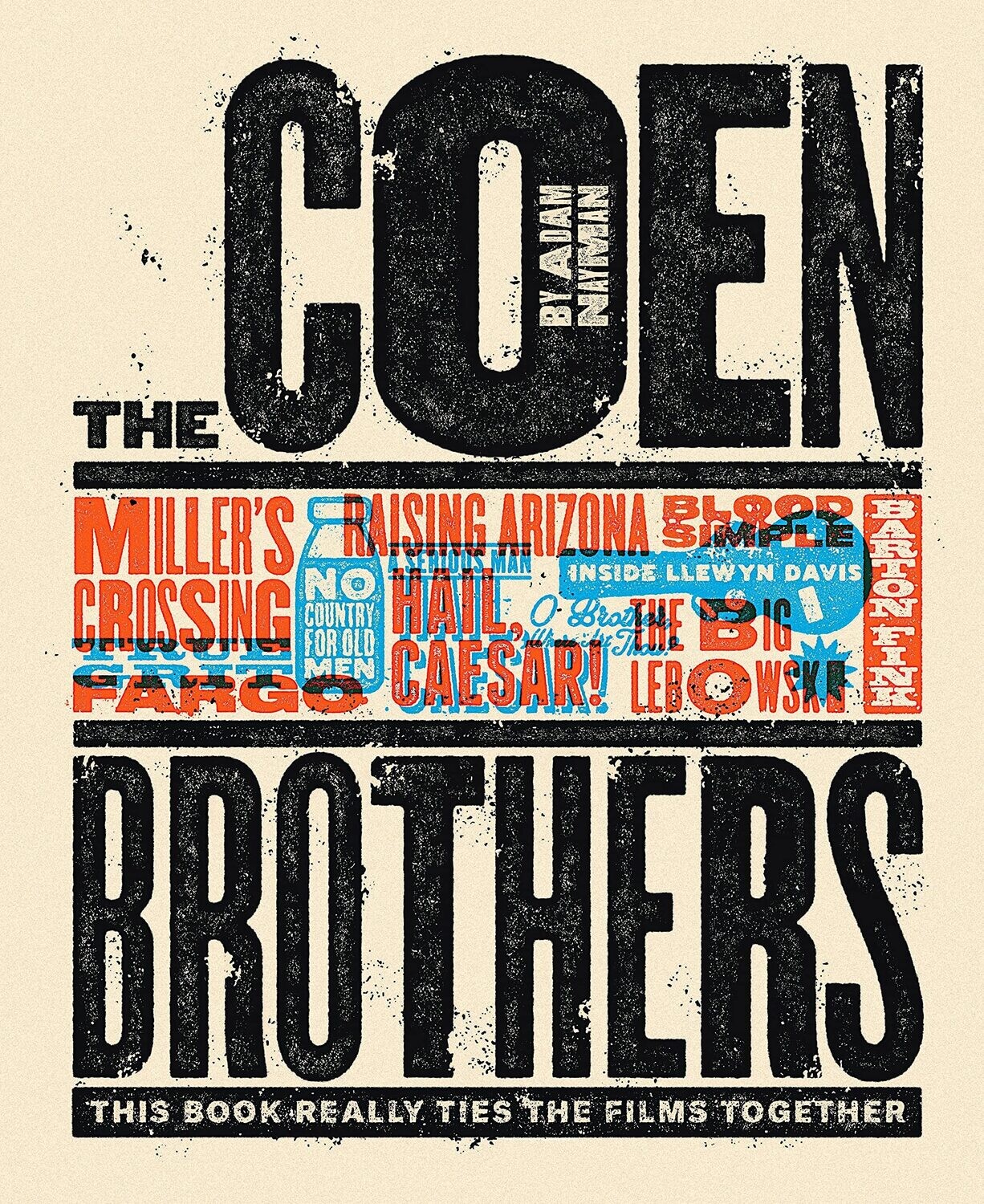 The Coen Brothers: This Book Really Ties the Films Together (Hardcover)

From such cult hits as Raising Arizona (1987) and The Big Lebowski (1998) to major critical darlings Fargo (1996), No Country for Old Men (2007), and Inside Llewyn Davis (2013), Ethan and Joel Coen have cultivated a bleakly comical, instantly recognizable voice in modern American cinema. In The Coen Brothers: This Book Really Ties the Films Together, film critic Adam Nayman carefully sifts through their complex cinematic universe in an effort to plot, as he puts it, “some Grand Unified Theory of Coen-ness.” The book combines critical text—biography, close film analysis, and enlightening interviews with key Coen collaborators—with a visual aesthetic that honors the Coens’ singular mix of darkness and levity. Featuring film stills, beautiful and evocative illustrations, punchy infographics, and hard insight, this book will be the definitive exploration of the Coen brothers’ oeuvre.

“...it would make a great gift for any Coen fan-boy or fan-girl in your life.” ― NPR's Pop Culture Happy Hour

“..this detailed compendium is a cinephile’s delight.”
― BookPage

“Packed with full page color stills, behind-the-scenes stories, interviews and insightful analysis of each film, this book will put a smile on the face of all film buffs.” ― The Detroit Free Press

"...a deep dive into the Coen cinematic universe." ― PureWow

“...this book is sure to please the ultimate Coen brothers fan.”
― The Wichita Eagle

"...a king-sized guide to the filmmaker’s offbeat oeuvre combining critical text, biography, close film analysis, and enlightening interviews with key Coen collaborators all in one big package." ― The Playlist

Adam Nayman is the author of The Coen Brothers: This Book Really Ties the Films Together and is a contributing editor to Cinema Scope.

Little White Lies is one of the world’s preeminent film magazines, pairing a unique editorial angle with beautiful illustration and world-class design.