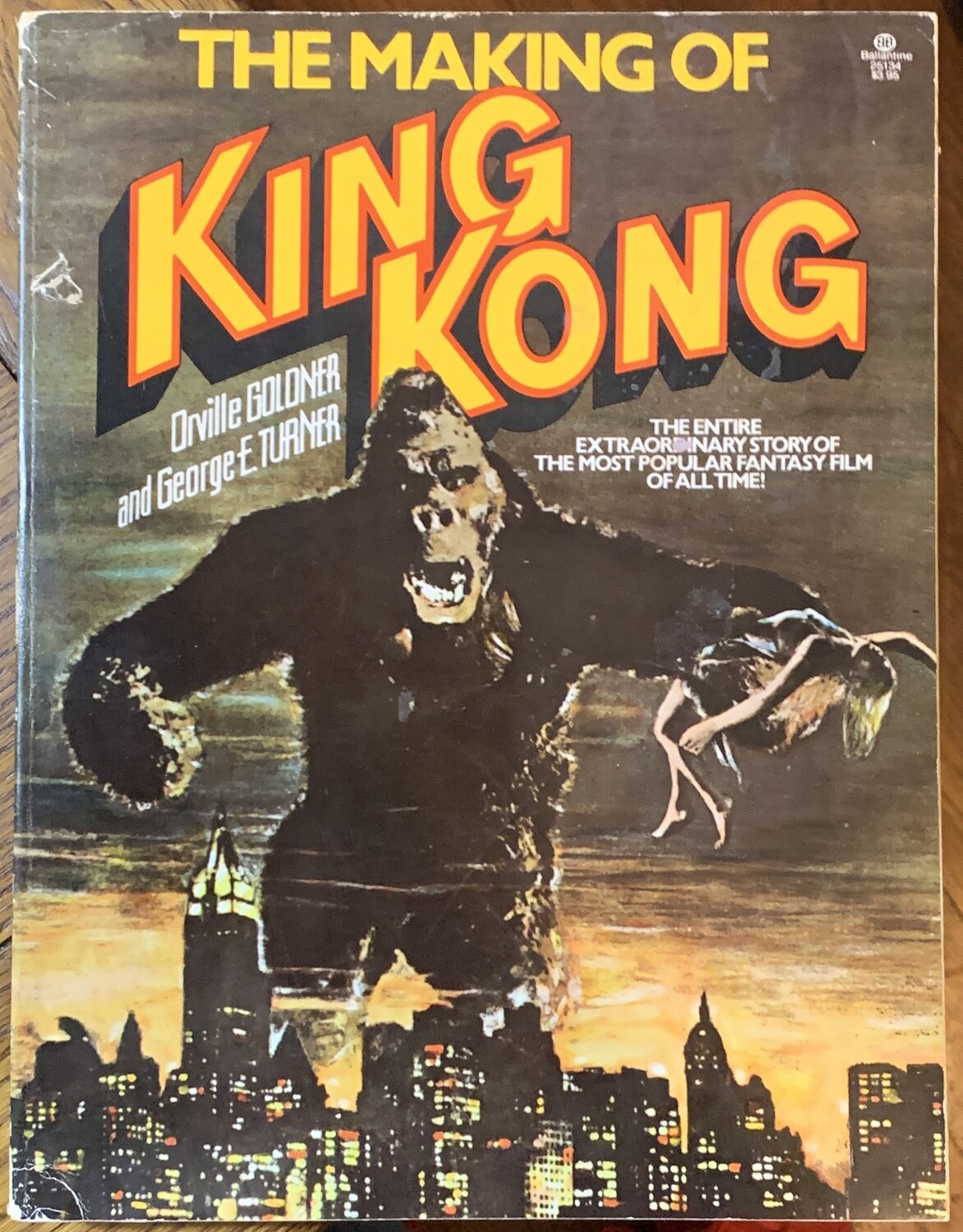 THE ENTIRE EXTRAORDINARY STORY OF THE MOST POPULAR FANTASY FILM OF ALL TIME!—cover tagline

A rare, oversized, black-and-white paperback coffee-table book from 1976, issued to cash in on the remake that was released that same year, about the production of the original 1933 King Kong, with its stop-motion effects. Co-authors Orville Golden and George E. Turner take readers through the entire process, with thoroughly illustrated and annotated explanations of how the filmmakers created the studio jungle sets, the miniature island forests and mountains, and of course, the colossus himself. A chapter near the end even tells you about the different subsequent productions that re-used King Kong's sets and special effects plates. The list includes Gone with the Wind, which torched some of the movie's still-standing sets in 1938 for the burning of Atlanta sequence.

The tale begins with adventurer-filmmakers Merian C. Cooper and Ernest B. Schoedsack, whose exotic films shot on location in such remote areas as Siam and Persia were prelude to their fateful voyage to Skull Island, years later.

Then, with narrative verve, impeccable research, and technical detail, authors Turner and Price give a full account not only of the original Kong's cast and crew, in particular famed special effects pioneer Willis O'Brien, but also the politics, pitfalls, and ultimate triumph that characterized the production.

Turner and Price also analyze the earlier gorilla, dinosaur, and jungle films that preceded Kong, like the notorious Ingagi, as well as the many that followed it, including Captive Wild Woman, The Lost World, Mighty Joe Young, the Kong remakes, and dozens more.

"Ladies and gentlemen, look at Kong, the eighth wonder of the world..."

NOTE: This book has been out of print for over 40 years and is only available in affordable versions via used booksellers. All copies are in good condition, but some ordinary wear-and-tear is inevitable.