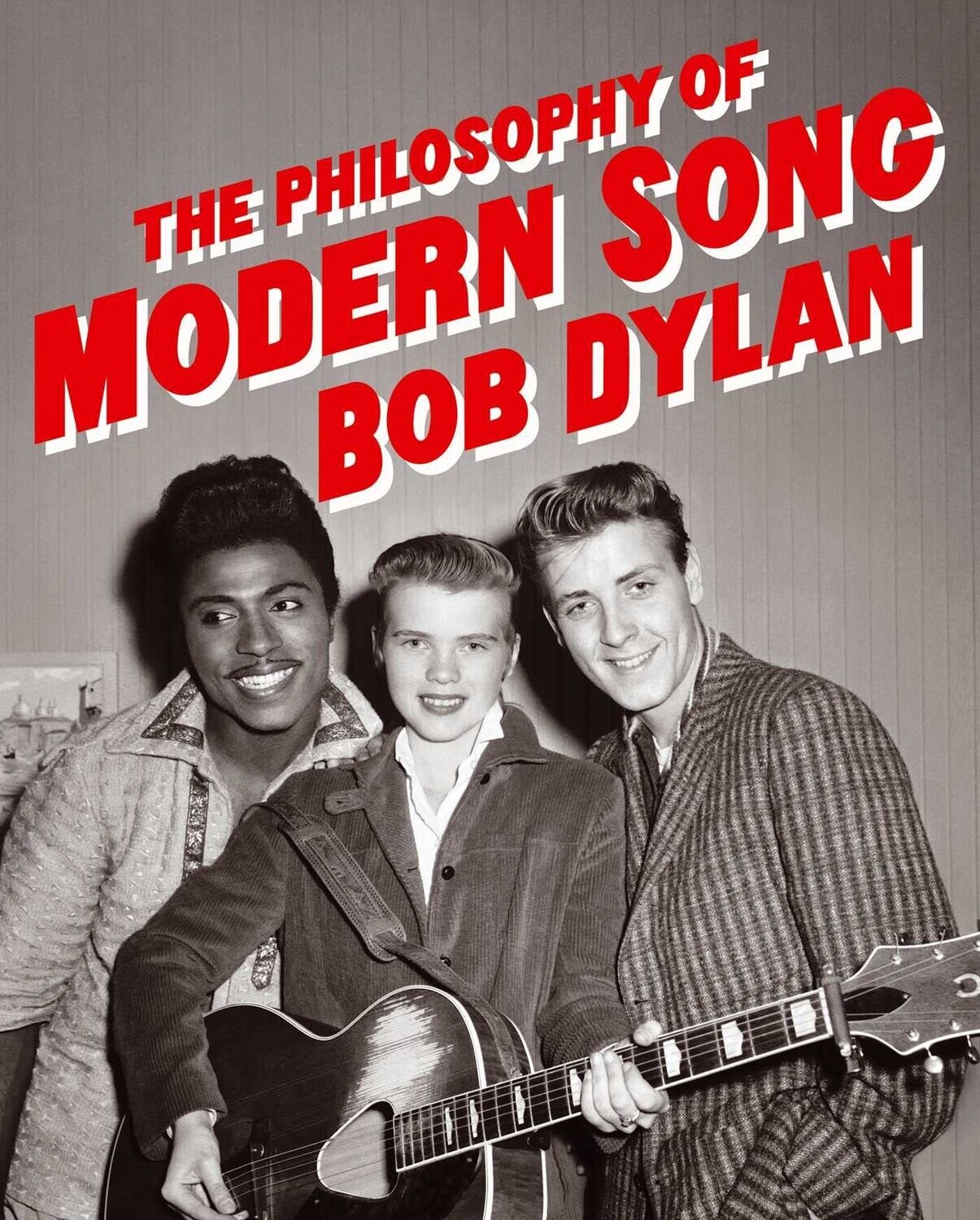 The Philosophy of Modern Song is Bob Dylan’s first book of new writing since 2004’s Chronicles: Volume One—and since winning the Nobel Prize for Literature in 2016.

Dylan, who began working on the book in 2010, offers his extraordinary insight into the nature of popular music. He writes over sixty essays focusing on songs by other artists, spanning from Stephen Foster to Elvis Costello, and in between ranging from Hank Williams to Nina Simone. He analyzes what he calls the trap of easy rhymes, breaks down how the addition of a single syllable can diminish a song, and even explains how bluegrass relates to heavy metal. These essays are written in Dylan’s unique prose. They are mysterious and mercurial, poignant and profound, and often laugh-out-loud funny. And while they are ostensibly about music, they are really meditations and reflections on the human condition. Running throughout the book are nearly 150 carefully curated photos as well as a series of dream-like riffs that, taken together, resemble an epic poem and add to the work’s transcendence.

In 2020, with the release of his outstanding album Rough and Rowdy Ways, Dylan became the first artist to have an album hit the Billboard Top 40 in each decade since the 1960s. The Philosophy of Modern Song contains much of what he has learned about his craft in all those years, and like everything that Dylan does, it is a momentous artistic achievement.

"This is absolutely one of the best books about popular music ever written." —Chris Willman, Variety

“[The Philosophy of Modern Song] is less a rigorous study of craft than a series of rhapsodic observations on what gives great songs their power to fascinate us. Dylan, who was awarded the Nobel Prize in Literature in 2016, worked on these for more than a decade, though they flow more like extemporaneous sermons.”—Ben Sisario, The New York Times

“An homage to songwriting by the master of the art”—AARP

"THE great book of 2022....utterly extraordinary....not only one of the great books of the year, but of the past decade...It is unexpected in every way...a magnificent book of music criticism disguised as a memoir and a set of off-the-cuff fantasies and confidences...That's its genius. It is not framed as a work of music criticism; it is a lifelong performer's attempt to get deeply into a pop song panorama and a lifelong consumer of other singers' takes as a member of their audiences. He is talking to the reader in a way that is unique and immediate and familiar to us. He is saying things that are fresh—even wild and radical—on every other page of the book…The book has gobsmacked me…In these pieces of unique music criticism, he's doing something with his voice few of us ever imagined he would do...If the Swedes want to go ahead and give him still another Nobel Prize for Literature, I for one, will applaud vigorously. Let any possible objector read this book first."—Jeff Simon, The Buffalo News

Bob Dylan has released thirty-nine studio albums, which collectively have sold over 125 million copies around the world. He won the Nobel Prize in Literature and has been awarded the French Legion of Honor, a Pulitzer Prize Special Citation, and the Presidential Medal of Freedom, the country’s highest civilian honor. His memoir, Chronicles: Volume One, spent a year on the New York Times bestseller list.