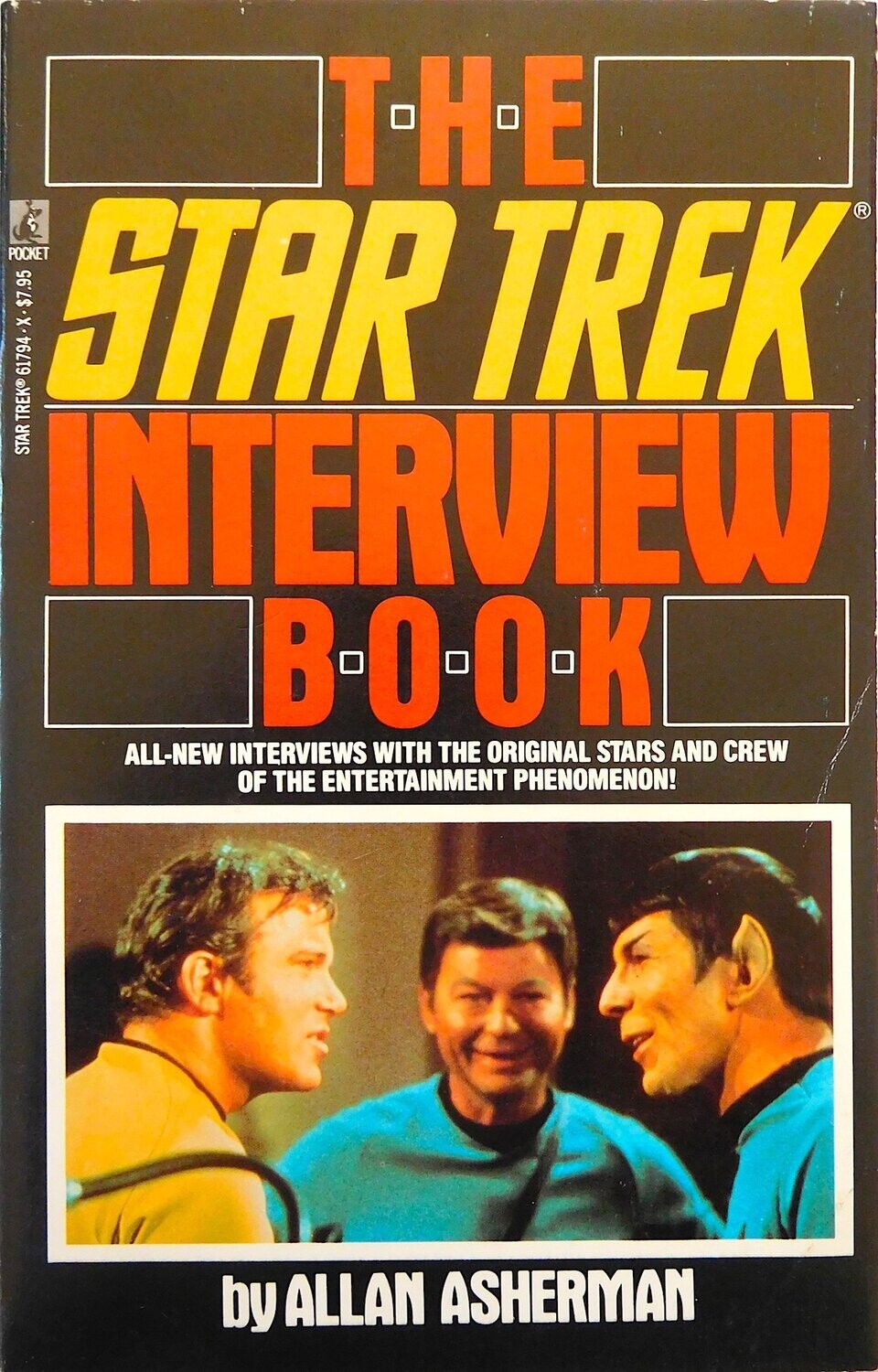 Asherman's (The Making of Star Trek II, etc.) emphasis in this devotees-only book is on nostalgia and history, ignoring Star Trek-The Next Generation in favor of engaging, tightly edited interviews with creator Gene Roddenberry and eight members of the original television cast. Leonard Nimoy tells how he was trapped by his character: "I was Spock all day long. I really was." Nichelle Nichols, who portrayed Lt. Uhura and later worked with NASA's recruitment program, describes her reaction to the space-shuttle disaster: "Devastation . . . three of my astronauts were on board, and I just went into shock and seclusion, and into mourning." Grace Lee Whitney (aka Janice Rand) reveals why she was dropped from the show: "I think I was written out because of my alcoholism. I think that I was difficult to work with, demanding and rather unpredictable." Asherman also tracks down writers, musical composers, producers, directors, guest stars and technical-crew members, asking incisive questions to trigger specific facts, trivia and arcana. There are several mentions of scriptwriter Harlan Ellison's memorable 1967 episode "The City on the Edge of Forever" (a work that won a Writer's Guild award yet differed from the televised version), but Ellison's own comments on the discrepancy are regrettably absent. And readers may wish Asherman had cornered the imaginative illustrator Tom Sutton, who drew the Star Trek comic-book series.
Copyright 1988 Reed Business Information, Inc.

The Star Trek Interview Book is filled with all-new interviews with the original stars and crew of the Star Trek® phenomenon. From Gene Roddenberry to Harve Bennett, from the man who designed the EnterpriseTM to the woman who played Spock's wife, The Star Trek Interview Book has a wealth of never-before revealed information and fascinating trivia, including Gene Roddenberry's original choice to play the captain of the Enterprise; the inside story of the filming of Star Trek's two pilot episodes; and the first concept of Mr. Spock, an even more alien Vulcan.

This is a USED Vintage copy from 1988, standard shelf wear, original store sticker residue and minor bend on cover corner. Pages are free and clear of any markings.