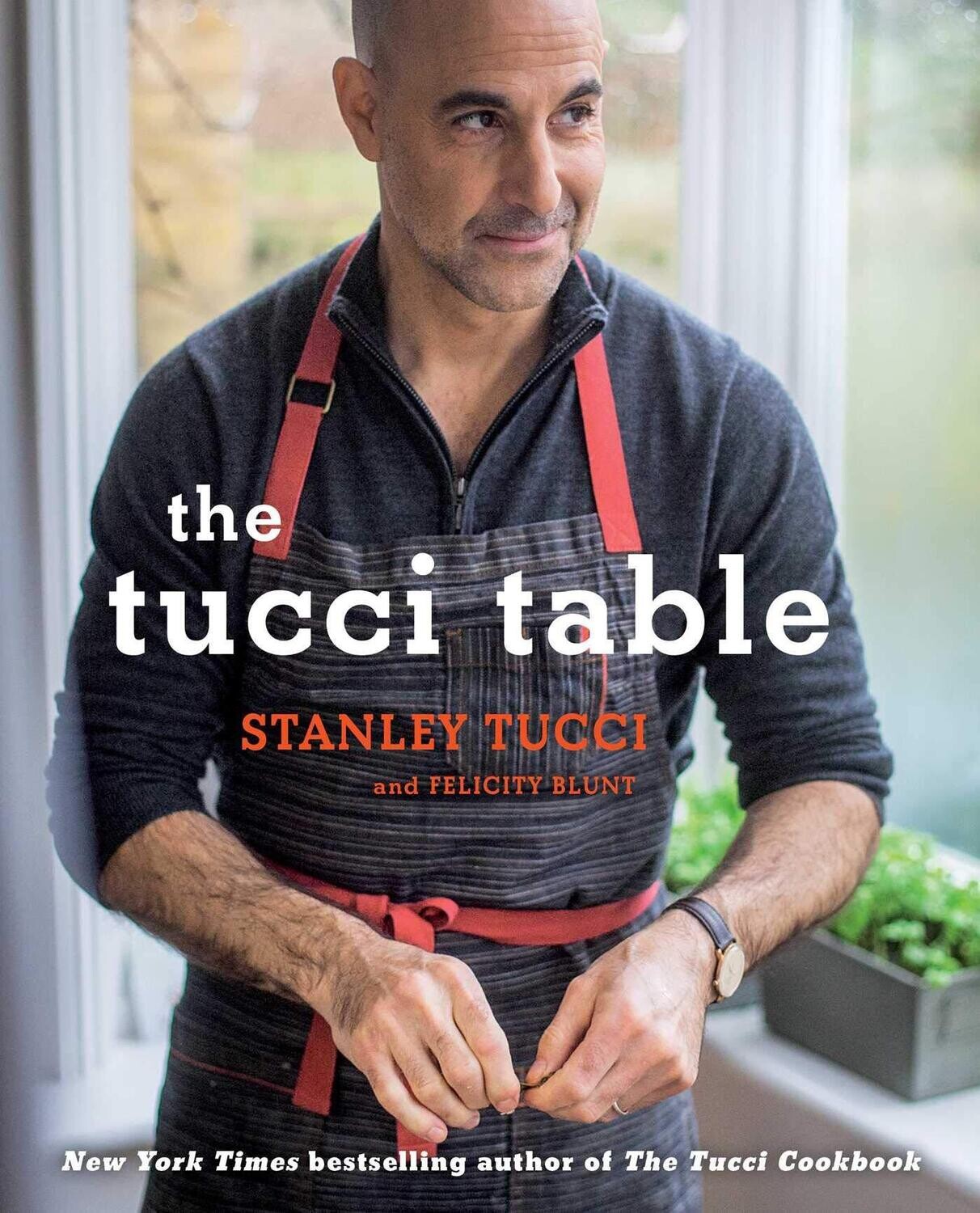 The Tucci Table: Cooking With Family and Friends (Hardcover)

Stanley Tucci’s association with wonderful foods began for fans with the movie Big Night and resonated in his role as Julia Child’s husband in Julie & Julia. But well before these films, he was enjoying innovative homemade Italian meals throughout his childhood, when family and food were nearly inseparable and cooking was always a familial venture.

Now, in a completely new, family-focused cookbook, Tucci captivates food lovers’ imaginations with recipes from his traditional Italian roots as well as those of his British wife, Felicity Blunt, tied together with a modern American ribbon. The time-tested recipes include pasta alla bottarga, mushroom-stuffed trout, pork chops with onions and mustard sauce, barbeque chicken wings, and much, much more! Nothing will make you happier to spend time with family than the aroma of a hearty Italian dish sizzling on the stovetop.

Italian American actor Stanley Tucci was born in New York in 1960. He has directed five films and appeared over seventy films, including The Devil Wears Prada, Easy A, The Terminal, and Road to Perdition, as well as more than a dozen plays, on and off Broadway. He starred in Julie & Julia, opposite Meryl Streep, and The Lovely Bones, for which he earned his first Academy Award nomination, for Best Supporting Actor. He is the winner of two Golden Globes and two Emmys. Tucci’s foodie TV show, Stanley Tucci: Searching for Italy, recently aired on CBS and is nominated for an Emmy.