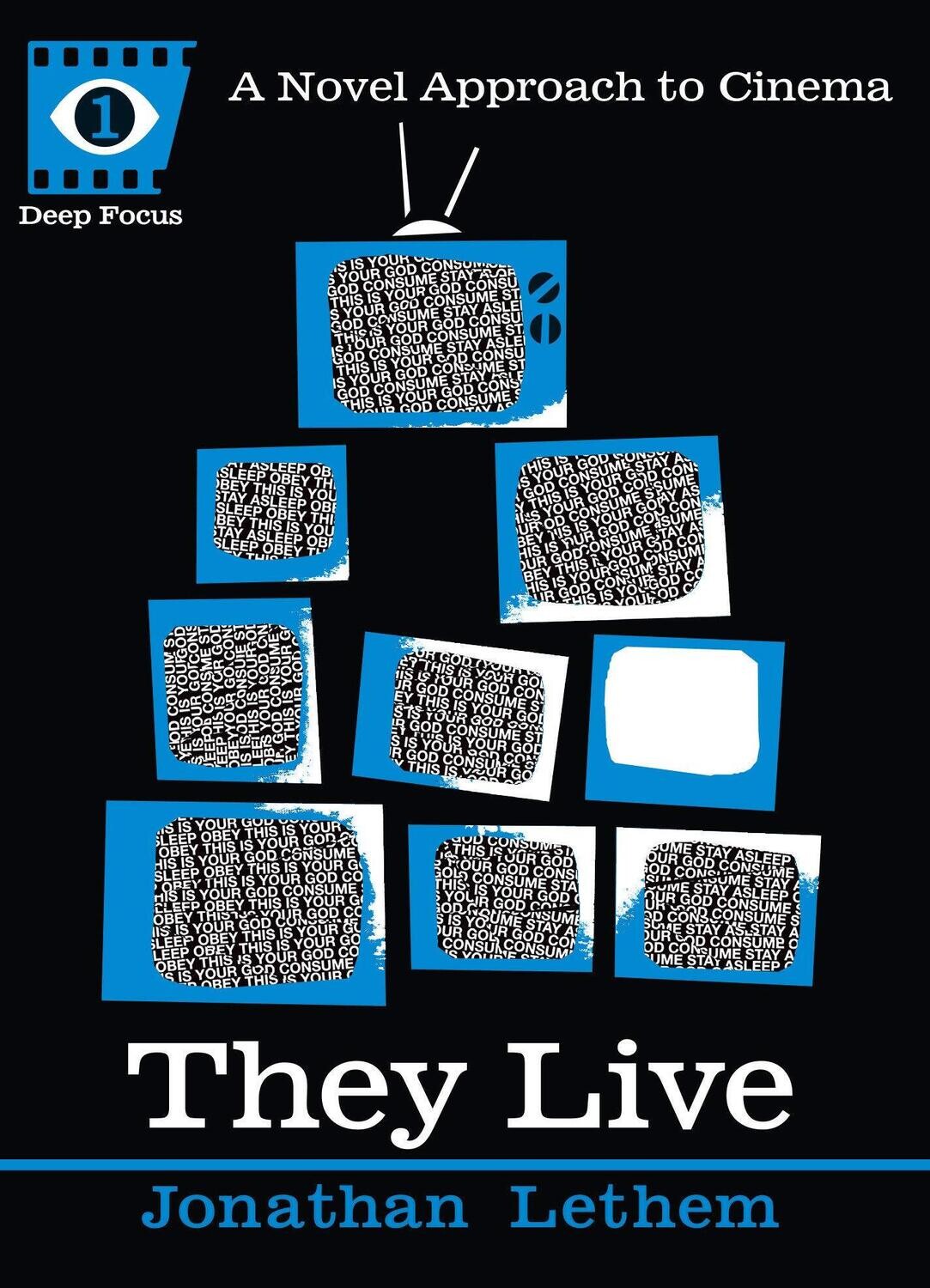 They Live: A Novel Approach to Cinema (Paperback, USED)

Deep Focus is a series of film books with a fresh approach. Take the smartest, liveliest writers in contemporary letters and let them loose on the most vital and popular corners of cinema history: midnight movies, the New Hollywood of the sixties and seventies, film noir, screwball comedies, international cult classics, and more . . . Kicking off the series is Jonathan Lethem’s take on They Live, John Carpenter’s 1988 classic amalgam of deliberate B-movie, sci-fi, horror, and anti-Yuppie agitprop.

Lethem exfoliates Carpenter’s paranoid satire in a series of penetrating, free-associational forays into the context of a story that peels the human masks off the ghoulish overlords of capitalism. Taking into consideration classic Hollywood cinema and science fiction—as well as popular music and contemporary art and theory—They Live provides a wholly original perspective on Carpenter’s subversive classic.

Praise for They Live
"Apparently, author Lethem was the only other person than me to take They Live as brilliant, stinging social commentary. He explains why in this great book."―Sam Stowe, California Literary Review

"Who would have thought that one of the cleverest, most accessibly in-depth film books released this year would be a smart-ass novelist exploring a cheesy-cheeky '80s sci-fi flick wherein a former wrestler combats an alien occupation via magic sunglasses? . . . [Jonathan Lethem] is able to seriously dissect the movie's message and often highbrow references, while also fully acknowledging its silliness."―Hartford Advocate

"A fun read, packed with references to other films, literature and artists . . . one of the few books one would enjoy reading while watching a movie."―USA Today's Pop Candy

“One of the cleverest, most accessibly in-depth film books released this year . . . a smart-ass novelist exploring a cheesy-cheeky ‘80s sci-fi flick.”—Hartford Advocate

All copies are used and in good condition. Slight shelf wear, bent cover edges, and/or library markings may be present.