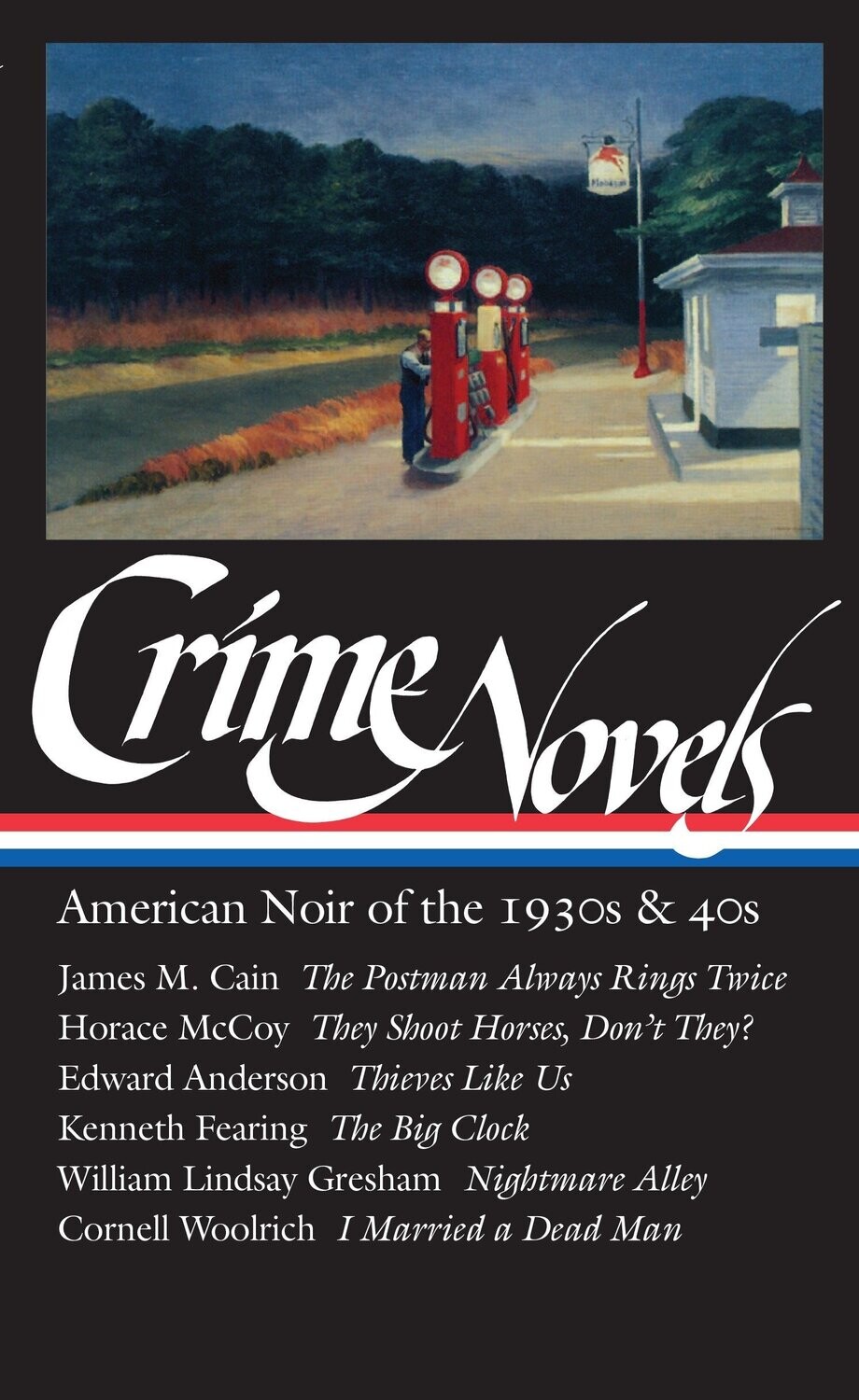 978-1883011468
$16.00
Literature and film buffs will be delighted by this collection of pulp novels, most of which were made into important films.
In stock
1
Product Details

“The most important collection of crime fiction ever published in the United States.” — Ed Gorman


Evolving out of the terse and violent style of the pulp magazines, noir fiction expanded over the decades into a varied, innovative and profoundly influential body of writing. The eleven novels in The Library of America’s adventurous two-volume collection taps deep roots in the American literary imagination, exploring themes of crime, guilt, deception, obsessive passion, murder, and the disintegrating psyche. With visionary and often subversive force they create a dark and violent mythology out of the most commonplace elements of modern life.

Horace McCoy’s They Shoot Horses, Don’t They? (1935) uses truncated rhythms and a unique narrative structure to turn its account of a Hollywood dance marathon into an unforgettable evocation of social chaos and personal desperation.

In Thieves Like Us (1937), Edward Anderson vividly brings to life the dusty roads and back-country hideouts where a fugitive band of Oklahoma outlaws plays out its destiny.

The Big Clock (1946), an ingenious novel of pursuit and evasion by the poet Kenneth Fearing, is set by contrast in the dense and neurotic inner world of a giant publishing corporation under the thumb of a warped and ultimately murderous chief executive.

I Married a Dead Man (1948), a tale of switched identity set in the anxious suburbs, is perhaps the most striking novel of Cornell Woolrich, who found in the techniques of the gothic thriller the means to express an overpowering sense of personal doom.

Disturbing, poetic, anarchic, punctuated by terrifying bursts of rage and paranoia and powerfully evocative of the lost and desperate sidestreets of American life, these are underground classics now made widely and permanently available.

Robert Polito, editor, is a poet, biographer, and critic whose books include Doubles, Hollywood & God, A Reader’s Guide to James Merrill’s The Changing Light at Sandover, and Savage Art: A Biography of Jim Thompson, for which he received a National Book Critics Circle Award and an Edgar Award. He directs the Graduate Writing Program at the New School in New York City.

Copy is USED but in Good condition, with minor shelf wear but with intact dust jacket and clean interior.