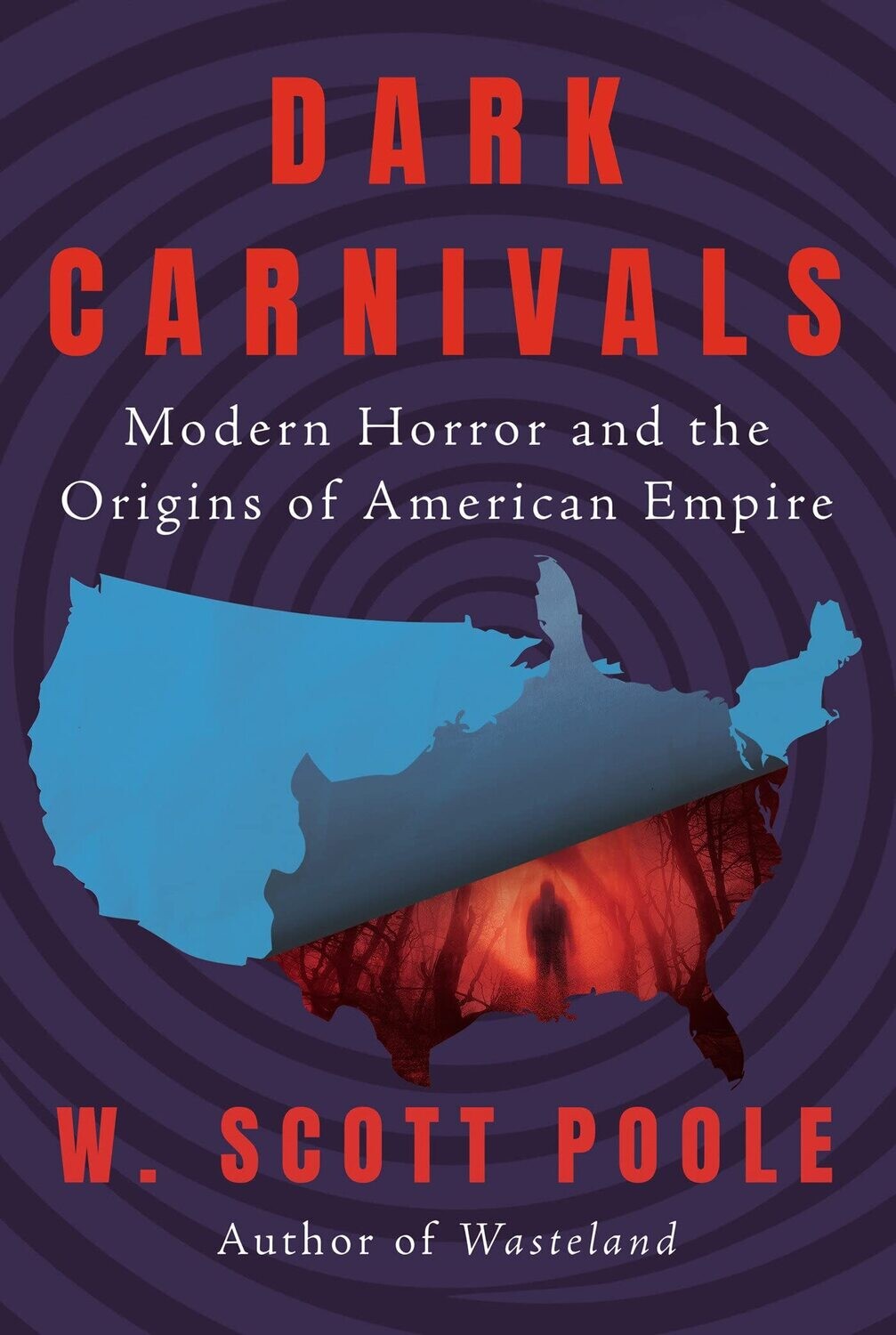 978-1640094369
$20.00
Panoramic story of how the horror genre transformed into one of the most incisive critiques of unchecked American imperial power
Out of stock
1
Product Details

The American empire emerged from the shadows of World War II. As the nation’s influence swept the globe with near impunity, a host of evil forces followed—from racism, exploitation, and military invasion to killer clowns, flying saucers, and monsters borne of a fear of the other. By viewing American imperial history through the prism of the horror genre, Dark Carnivals lays bare how the genre shaped us, distracted us, and gave form to a violence as American as apple pie.

A carnival ride that connects the mushroom clouds of 1945 to the beaches of Amity Island, Charles Manson to the massacre at My Lai, and John Wayne to John Wayne Gacy, the new book by acclaimed historian W. Scott Poole reveals how horror films and fictions have followed the course of America’s military and cultural empire and explores how the shadow of our national sins can take on the form of mass entertainment.

"Horror fiction has long been seen as an extension or reflection of horror reality. With Dark Carnivals, Poole does more than that, creating a through-line that is captivating, distressing and illuminating." —Kevin Young, Charleston City Paper

"Fascinating . . . There is no more vibrant field of criticism than writing on horror, and Dark Carnivals is a worthy addition to a growing field." —Molly Odintz, CrimeReads

"Poole writes in an engaging style that makes this book accessible to lay readers as well as academics . . . Comprehensive and with a wide scope that covers so much of American history and horror cinema, this is a text that will find a home in both academic and public libraries." — Booklist (starred review)

"A lurid overview of some of the darkest dimensions of American history through the lens of the horror genre." — Kirkus Reviews

"[Poole] offers fascinating tidbits of film history . . . Shrewd commentary . . . An insightful view of the genre through the lens of critical theory." — Publishers Weekly

" Dark Carnivals is a fascinating, exhaustively researched historical polemic. Poole unflinchingly leads the reader through the horrifying history of the American empire and how it's reflected and refracted within horror cinema. You can't cover your eyes and say, 'It's only a movie.'" —Paul Tremblay, author of A Head Full of Ghosts and The Pallbearers Club

“In Dark Carnivals, W. Scott Poole takes a sharp knife to the long history of horror in the United States, dissecting the politics behind the genre, but maybe more importantly, exposing the horrors that live at the heart of American exceptionalism. Poole’s book examines the violent events behind some of the most recognizable horror titles (drawing a direct line, for instance, between the 1966 University of Texas tower shooting and The Texas Chain Saw Massacre), but it also shines a harsh light on the appetite that American audiences have for violence on the screen. Who will survive America? That’s the question Poole dares his readers to delve into the darkness to answer. I’ve long been a fan of Poole’s work, but this may be one of his best.” —Lisa Kröger, Stoker- and Locus-award-winning author of Monster, She Wrote

W. SCOTT POOLE is a professor of history at the College of Charleston who teaches and writes about horror and popular culture. He is the author most recently of Wasteland: The Great War and the Origins of Modern Horror, and his previous books include the award-winning Monsters in America and the biography Vampira: Dark Goddess of Horror. He is a Bram Stoker Award nominee for his critically acclaimed biography of H. P. Lovecraft, In the Mountains of Madness. He lives in Charleston, South Carolina.