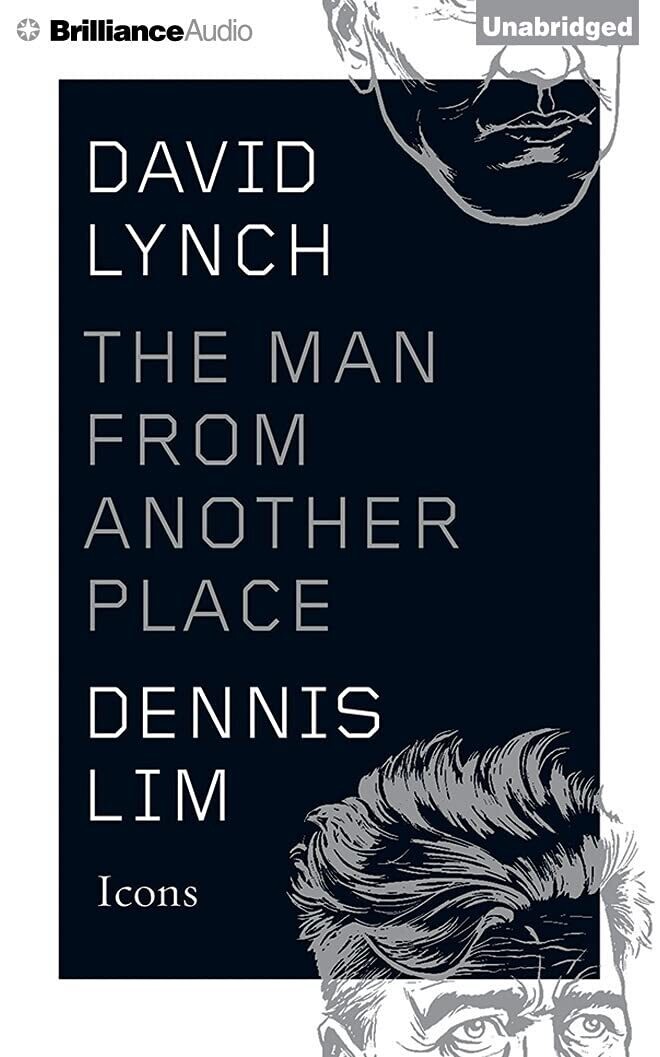 David Lynch: The Man from Another Place (Icons) (Paperback, NEW)

At once a pop culture icon, cult figure, and film industry outsider, master filmmaker David Lynch and his work defy easy definition. Dredged from his subconscious mind, Lynch’s work is primed to act on our own subconscious, combining heightened, contradictory emotions into something familiar but inscrutable. No less than his art, Lynch’s life also evades simple categorization, encompassing pursuits as a musician, painter, photographer, carpenter, entrepreneur, and vocal proponent of Transcendental Meditation.

David Lynch: The Man from Another Place, Dennis Lim’s remarkably smart and concise book, proposes several lenses through which to view Lynch and his work: through the age-old mysteries of the uncanny and the sublime, through the creative energies of surrealism and postmodernism, through ideas of America and theories of good and evil. Lynch himself often warns against overinterpretation. And accordingly, this is not a book that seeks to decode his art or annotate his life―to dispel the strangeness of the Lynchian―so much as one that offers complementary ways of seeing and understanding one of the most distinctive bodies of work in modern cinema. Its spirit is true to its subject, in remaining suggestive rather than definitive, in allowing what Lynch likes to call “room to dream,” and in honoring the allure of the unknown and the unknowable.

“ The Man from Another Place is a very well written ‘cinema-therapy’ session on the career of David Lynch, one of the few real auteurs left. His movies, obsessions, studio hassles, and personal life are all revealed in a smart, readable analysis by author Dennis Lim, who makes for the perfect film shrink.” ―John Waters

“David Lynch’s brilliance as an artist is further illuminated by the laser intelligence of Dennis Lim’s commentary. Packed with new ideas regarding this most enigmatic of American filmmakers and refreshingly free of jargon, DL on DL is a dazzling performance. It is also a pleasure to read.” ―J. Hoberman, co-author of Midnight Movies

“The Man from Another Place is an exemplary work of critical biography, in which one DL gives us an invaluable set of keys, or backwards-spoken passwords, for beginning to unlock and navigate the labyrinths of another.” ―Tom McCarthy, author of Remainder and Satin Island

“To me, David Lynch is America. His light is brimmed with extreme beauty and violence. The Man from Another Place takes me to this unique terrain to discover one of America’s most intriguing minds. I realize how accessible Lynch’s universe is―it’s as simple as breathing. Seen through Mr. Lynch’s eyes, blood is poetry, a murky night is crystal clear.” ―Apichatpong Weerasethakul, director of Uncle Boonmee Who Can Recall His Past Lives

“Dennis Lim’s crystalline book packs fascinating Lynchian biographical minutiae and revelatory production anecdotes into astonishingly lucid yet lyrical takes on the work of his subject. Lim is so thoroughly cine-literate his contextualization of Lynch’s creative trajectory within the art form and its industry seems definitive―the last word on Lynch!” ―Guy Maddin, filmmaker, My Winnipeg

“The book serves as an excellent primer for those unfamiliar with and curious about Lynch, as well as a pithy and insightful resource for confirmed fans wishing to deepen their appreciation and understanding of his work. A streamlined and breezily engaging―but impressively rigorous―evaluation of a unique film talent; essential reading for fans of Lynch and the immersive, elusive worlds he creates.” ―Kirkus Reviews

“With crisp prose―one small example: I love how he describes Eraserhead as ‘an exemplar of ingenuity born of poverty’―and a consistent brevity (the 179-page text is not-inaccurately described in its press release as ‘meditation-length’), this is an obvious must-read for Lynch’s admirers...Thorough research with perceptive, even-handed critical analysis.” ―The Film Stage

“Lim offers a wealth of poignant anecdotes that elaborate on Lynch without attempting to reductively ‘explain’ him as a human or a creative...Lim allows you to honor Lynch’s highest aspiration of entering another world.” ―Slant Magazine

“There’s a lot of fun in dissecting the cerebral meaning of Lynch’s work, but there’s also no shortage of it. Refreshingly, Lim puts down the psychological magnifying glass, looking instead at the mechanics of Lynch’s work as a filmmaker, from inspiration to reception.” ―Stet Magazine

“Dennis Lim investigates ‘Lynchian’ with a sophisticated earnestness, acknowledging that it’s a possibly futile but necessary thing to try to decipher.” ―Biographile

“A thoughtful, energetic foray into the style, craftsmanship, and meaning of [David Lynch’s] films.” ―The New York Times Book Review

“The Man from Another Place is a skeleton key to Lynch’s origins, obsessions, creative struggles, and transcendent works.” ―Flavorwire

“Informative and brightly written biography...[A] gem of a book” ―The Washington Post

“A sharp and concise work of criticism.” ―Los Angeles Review of Books

Dennis Lim is a writer and film curator in New York City and the director of programming at the Film Society of Lincoln Center. A former contributor to the New York Times, he is also the editor of The Village Voice Film Guide: 50 Years of Movies from Classics to Cult Hits (2006).