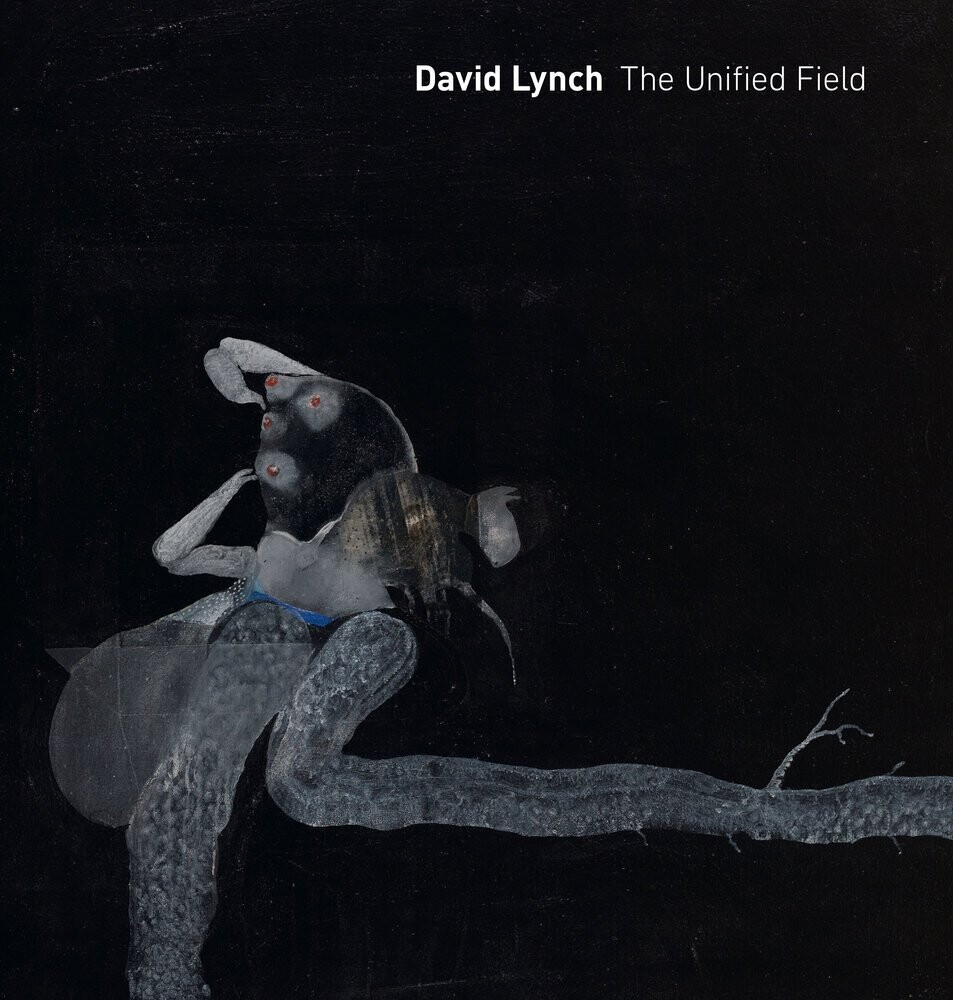 David Lynch is internationally renowned as a filmmaker, but it is less known that he began his creative life as a visual artist and has maintained a devoted studio practice, developing an extensive body of painting, prints, photography, and drawing. Featuring work from all periods of Lynch’s career, this book documents Lynch’s first major museum exhibition in the United States, bringing together works held in American and European collections and from the artist’s studio. Much like his movies, many of Lynch’s artworks revolve around suggestions of violence, dark humor, and mystery, conveying an air of the uncanny. This is often conveyed through the addition of text, wildly distorted forms, and disturbances in the paint fields that surround or envelop his figures. While a few relate to his film projects, most are independent works of art that reveal a parallel trajectory. Organized in close collaboration with the artist, David Lynch: The Unified Field brings together ninety-five paintings, drawings, and prints from 1965 to the present, often unified by the recurring motif of the home as a site of violence, memories, and passion. Other works explore the odd, tender, and mincing aspects of relationships. Highlighting many works that have rarely been seen in public, including early work from his critical years in Philadelphia (1965–70), this catalog offers a substantial response to dealer Leo Castelli's comment when he enthusiastically viewed Lynch’s work in 1987, “I would like to know how he got to this point; he cannot be born out of the head of Zeus.”

Published in association with the Pennsylvania Academy of the Fine Arts

"This impeccable collection of art confirms Lynch’s position as a gifted polymath―and one of the country’s most important artists working today." ― Publisher's Weekly Published On: 2014-10-27

"Lynch is at his best when grasping just how unsavory we can find deterioration disrupting the mundane areas of our life, especially when evoking it as a reflection of human good and evil, and that holds true in his visual art. . . . There’s a definite vision and storytelling with the mix of text and image in the galleries." -- Allison Meier ― Hyperallergic Published On: 2014-10-02

"He was, and remains, fond of biomorphic shapes, the incorporation of texts, working with textures, playing with dimensionality . . . David Lynch began as a painter ― he still is a painter." -- Mark Feeney ― The Boston Globe Published On: 2014-11-15

"Late works find him tapping into primal fantasies of the psychotic annihilation of self and the other." -- Ken Johnson ― The New York Times Published On: 2015-09-17

"Impressively curated by Robert Cozzolino, The Unified Field makes a case for considering Lynch as 'an artist who happens to make film as part of his expression.'" -- Jonathan P. Eburne ― The Los Angeles Review of Books Published On: 2014-10-08

Dr. Robert Cozzolino is Curator of Modern Art and Senior Curator at the Pennsylvania Academy of the Fine Arts (PAFA) and has organized over thirty exhibitions at PAFA, including Jacob Lawrence’s Hiroshima (2008), George Tooker: A Retrospective (2009), Narcissus in the Studio: Artists’ Portraits and Self-Portraits (2010), and The Female Gaze: Women Artists Making Their World (2012). A champion of underrepresented artists and uncommon perspectives on well-known artists, Dr. Cozzolino has been called the “curator of the dispossessed” for his attention to the underdog.