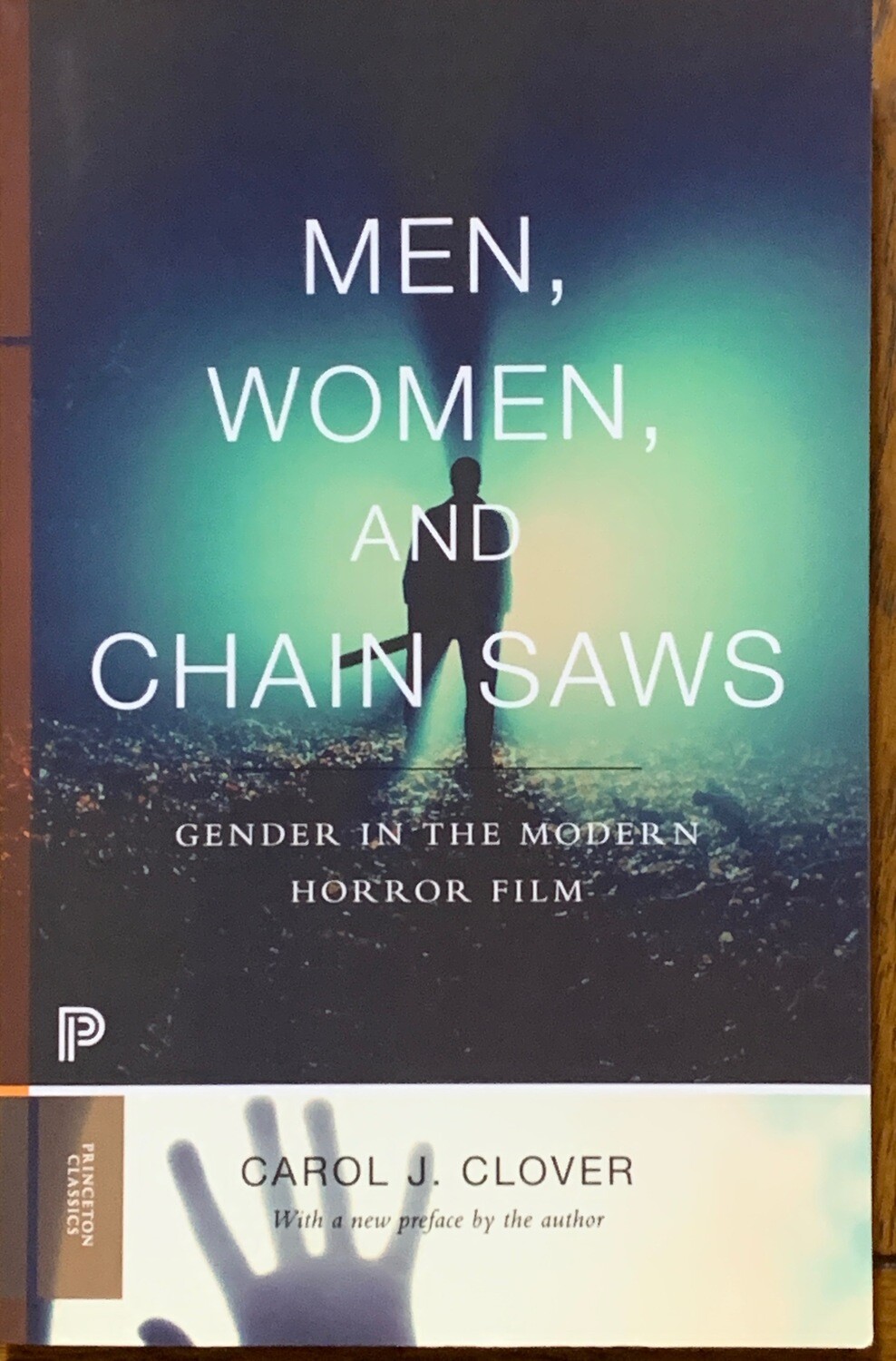 From its first publication in 1992, Men, Women, and Chain Saws has offered a groundbreaking perspective on the creativity and influence of horror cinema since the mid-1970s. Investigating the popularity of the low-budget tradition, Carol Clover looks in particular at slasher, occult, and rape-revenge films. Although such movies have been traditionally understood as offering only sadistic pleasures to their mostly male audiences, Clover demonstrates that they align spectators not with the male tormentor, but with the females tormented―notably the slasher movie's "final girls"―as they endure fear and degradation before rising to save themselves. The lesson was not lost on the mainstream industry, which was soon turning out the formula in well-made thrillers.

Including a new preface by the author, this Princeton Classics edition is a definitive work that has found an avid readership from students of film theory to major Hollywood filmmakers.

"Clover makes a convincing case for studying the pulp-pop excesses of ‘exploitation' horror as a reflection of our psychic times."---Misha Berson, San Francisco Chronicle

"Fascinating, Clover has shown how the allegedly naïve makers of crude films have done something more schooled directors have difficulty doing - creating females with whom male veiwers are quite prepared to identify with on the most profound levels" ― The Modern Review

"Carol Clover's compelling [book] challenges simplistic assumptions about the relationship between gender and culture. . . . She suggests that the "low tradition' in horror movies possesses positive subversive potential, a space to explore gender ambiguity and transgress traditional boundaries of masculinity and femininity."---Andrea Walsh, The Boston Globe

"Clover actually bothers (as few have done before) to go into the theaters, to sit with the horror fans, and to watch how they respond to what appears on screen."---Wendy Lesser, Washington Post

"Clover, takes the most extreme genre, horror flicks, seriously. There is no condescension in this significant and probing discussion of psychology and sexuality and their role in lurid fantasy."---Desmond Ryan, Philadelphia Inquirer

"In her reading of both particular horror films and of film and gender theory, Clover does what every cultural critic hopes to: she calls into question our habits of seeing."---Ramona Naddaff, Artforum

"[A] brilliant analysis of gender and its disturbances in modern horror films. . . . Bubbling away beneath Clover's multi-faceted readings of slasher, occult, and rape-revenge films is the question of what the viewer gets out of them. . . . [She] argues that most horror films are obsessed with feminism, playing out plots which climax with an image of (masculinized) female power and offering visual pleasures which are organized not around a mastering gaze, but around a more radical "victim-identified' look."---Linda Ruth Williams, Sight and Sound