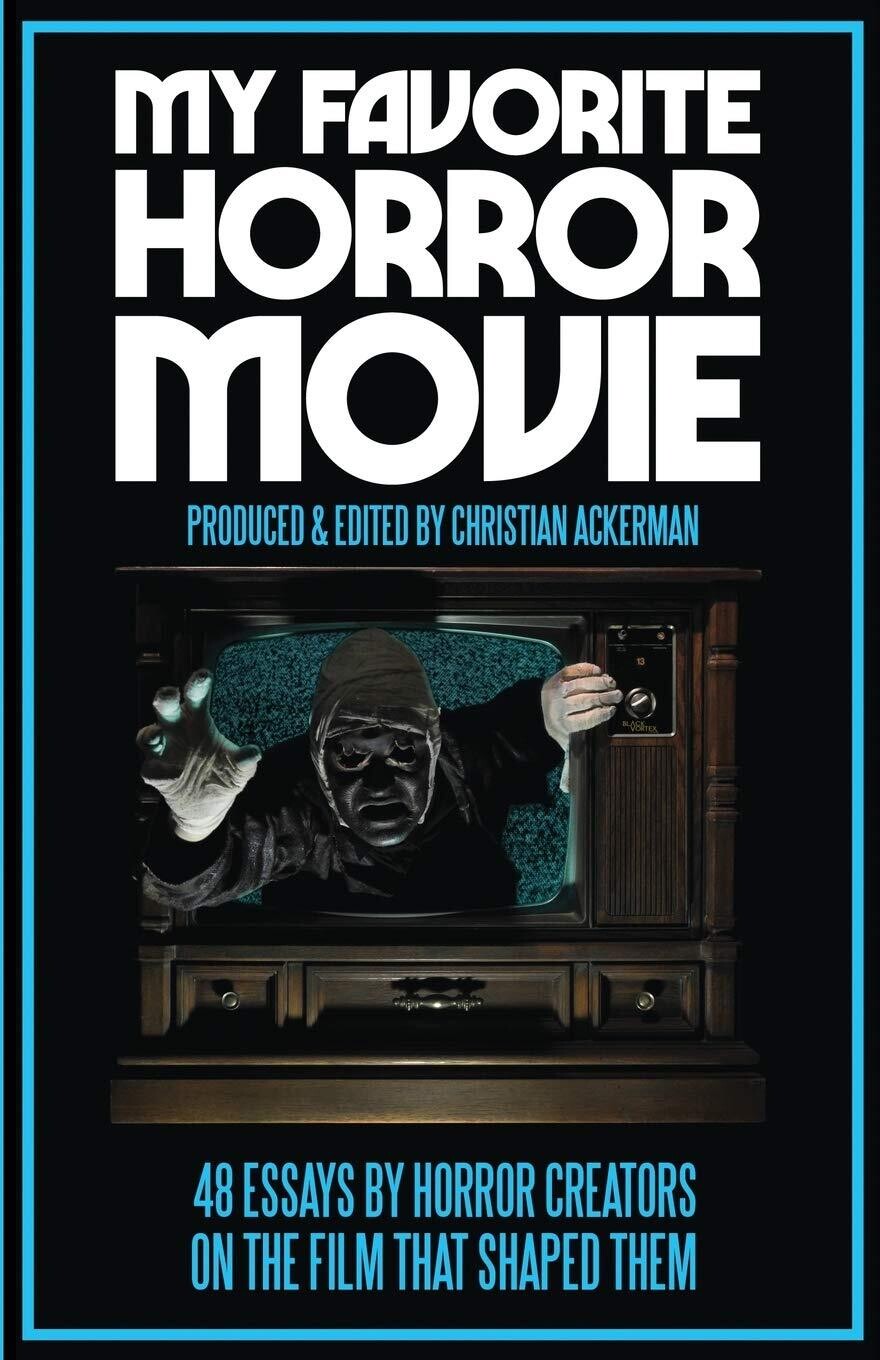 My Favorite Horror Movie: 48 Essays By Horror Creators On The Film That Shaped Them (Paperback, NEW)

The lights go down. 90 minutes from now, your feeble mind will never be the same. Thoughts of flowers, puppy dogs, and serene shopping malls will be replaced with ghosts in your TV, zombies tearing your flesh, and chainsaws ripping through your chest! This singular horror movie experience, which caused you to forever hold disdain for preppies, wear black to family functions, and scare your siblings to death, is now embedded in your DNA! Long live horror!

Produced and edited by horror filmmaker Christian Ackerman, My Favorite Horror Movie is a ghoulish celebration of how the singular viewing of a horror film can inspire someone to find their identity and develop an obsession of dark arts. Featuring contributors with various professional horror backgrounds such as filmmakers, actors, writers, directors, painters, musicians, journalists and film festival directors, the essays in My Favorite Horror Movie celebrate classic films from the likes of George Romero, John Carpenter, Sam Raimi, Tobe Hooper, Dan O’Bannon, Wes Craven, Alfred Hitchcock, and many more!

Must own!
-Mike Sprague - Arrow In The Head

"The unique voices of the authors comes through. These are not whitewashed to make for pleasant, easy reading. These are raw takes from people who look at life through a lens that includes the horrific possibilities that may, or may not, represent reality in a different context. I found relatable passages throughout the 223 pages. The personal level brought to the essays is one strong reason this collection is worth reading."-Daniel Yocum - Guild Master Gaming

Christian Ackerman is a Los Angeles-based film producer, writer, and director who began his career as a production assistant at The Tonight Show with Jay Leno. Following his passion for horror, he has gone on to produce over 25 features, including Dead and Gone, Bethany, Stalked By My Doctor: Patient's Revenge, and the upcoming Patsy Lee & the Keepers of the 5 Kingdoms. He co-produced two music videos for the metal band Slayer which were featured in their feature Slayer: The Repentless Killogy. As a director, Christian's short films have won over 30 awards with 50+ nominations. In 2020, he spearheaded the Halloween haunt/anthology/film festival hybrid event Joe Bob's Haunted Drive-In, starring Joe Bob Briggs, Darcy the Mail Girl, and Felissa Rose.