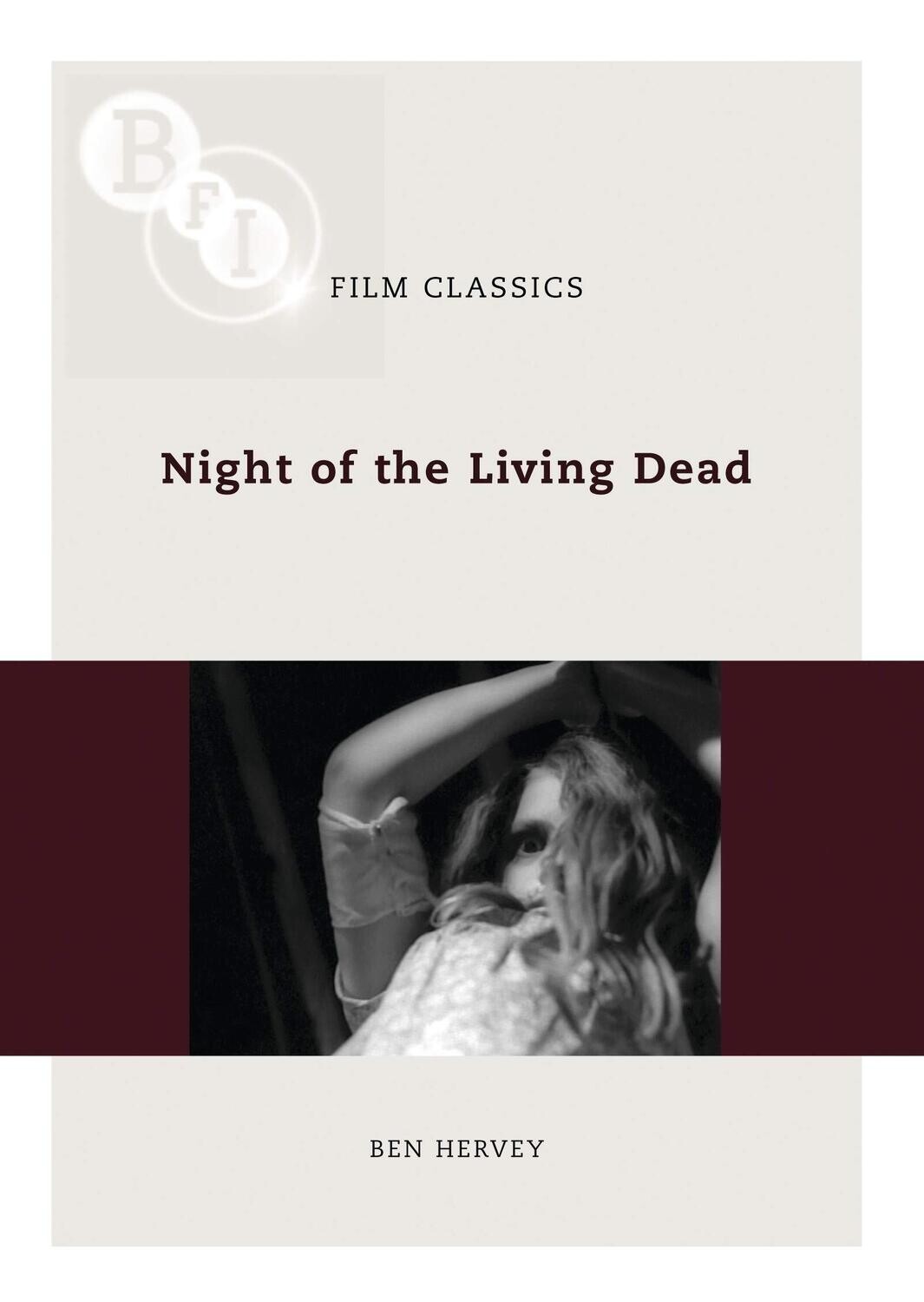 George A. Romero’s Night of the Living Dead (1968) is widely acknowledged as one of the most influential horror films of all time. Shot on a low budget on black and white film, Night depicts an America under siege from reanimated corpses. The action centres around a motley group of survivors holed up in a suburb of Pittsburgh, besieged by flesh-eating ghouls. Romero’s focus on tensions between members of this makeshift community resonates with contemporary racial and gender conflicts and, in addition to its shockingly visceral content, the film’s impact lay in its engagement with contemporary social upheaval – Vietnam and the peace movement, the civil rights struggle, assassinations and escalating urban tensions.

Benjamin Hervey’s study of the film is the first to provide a close analysis of the film and an in-depth account of its reception. Drawing on original archival research, Hervey traces how the film quickly gained cult status, while at the same time it was hailed as a piece of art cinema and as a deep political allegory. Hervey analyses the film scene-by-scene, detailing how the scoring, editing, photography and lighting came together to overall powerful effect. He provides a richly detailed historical context for his reading of the film, showing, for example, how scenes in Night directly relate to contemporary news coverage of Vietnam.

From the Back Cover


George A. Romero's Night of the Living Dead is a cult classic, a tremendously effective and influential horror film that has resonated with its audiences, and with independent film-makers, ever since its release in 1968. The movie redefined horror cinema, ripping away its Gothic cobwebs to confront harsh contemporary realities, and launched the modern zombie genre that continues with films like 28 Days Later ... and Shaun of the Dead. Shot by Romero and a determined team of Pittsburghers on a shoestring budget, the film was as raw and bleak as uncensored news footage: an uncompromising picture of a nation devouring itself. Young audiences responded: from the counterculture hangouts of Greenwich Village, Night became an international midnight movie cult. Fans returned to see it over and over again.

Ben Hervey's illuminating study of the movie and its enduring appeal traces Night's influences, from Powell and Pressburger to fifties horror comics, and provides the first history of its reception. Hervey argues that the film broke cultural barriers, feted at New York's Museum of Modern Art while it was still packing out 42nd Street grindhouses. Scene-by-scene analysis meshes with detailed historical contexts, showing why Night spoke to its audiences about Vietnam, civil rights and the ever-bloodier seizures of a society in the grip of huge change. Hervey argues that Night was a new kind of horror film: the expression of a generation who didn't want their world to return to normal.

Ben Hervey has taught and lectured in Film Studies and Anglo-American Literature at the Universities of Oxford and Reading. He now works mainly as a screenwriter and film historian.