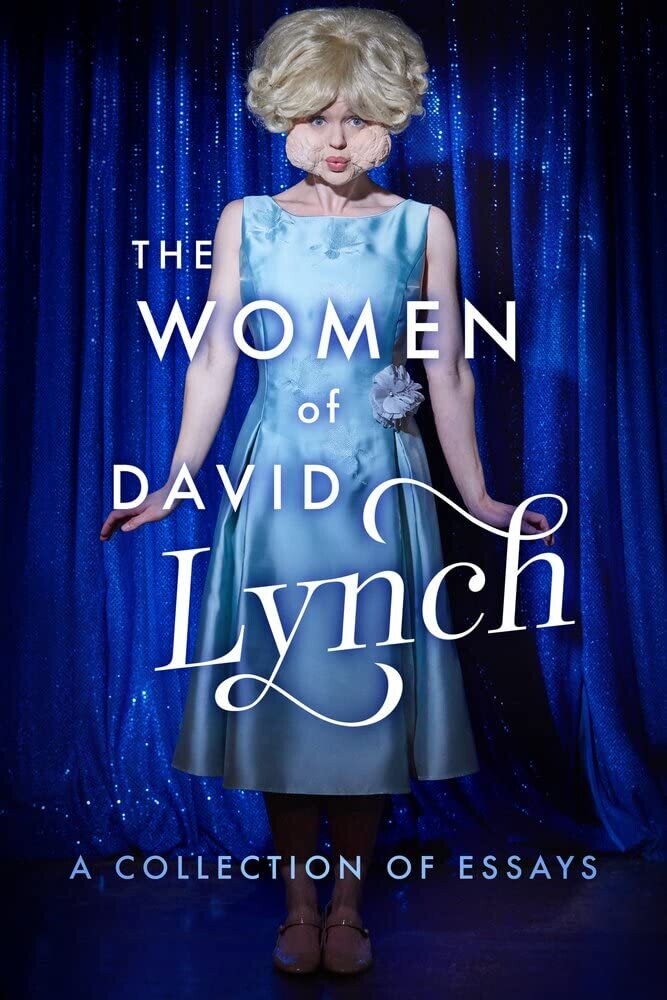 The Women of David Lynch: A Collection of Essays (Paperback,NEW)

David Lynch has been accused for decades of sexism and even misogyny in his work, due largely to frequent depictions of violence against women. Yet others see in Lynch’s work the deification of the female, and actresses like Laura Dern and Naomi Watts jump at every opportunity to work with him. “He is the master of the juxtaposition of the creepy and the sweet, the sexual and the chaste,” wrote W’s Lynn Hirschberg. “And at the heart of this tense, intriguing friction, you will always find Lynch’s women.” The Women of Lynch is a deep, provocative dive into this paradox, featuring ten essays, thought pieces and impressionistic interpretations of Lynch’s depiction of women on screen, by an eclectic array of accomplished female critics, scholars, performers, and writers, each tackling this vexing conundrum in her own unique way. The book also contains an interview with actress Mädchen Amick (Shelly Johnson in Twin Peaks) where she gives first hand knowledge on what it is like to be a woman of Lynch. Lisa Hession interviews the original woman of Lynch, Charlotte Stewart (Eraserhead, Twin Peaks) about being the actress with longest active span of working with David Lynch.

This is the first essay book about the work of David Lynch by all female writers. Readers will enjoy The Women of Lynch: A Collection of Essays.

This book contains essays by:

x. An Introduction by Philippa Snow

2. Women’s Films: Melodrama and Women’s Trauma in the Films of David Lynch by Lindsay Hallam

3. A Colorless Sky: On the Whiteness of Twin Peaks by Melanie McFarland

4. Warding off the Darkness with Coffee and Pie by Mallory O'Meara

5. “This is where we talk, Shelly.” An Interview with Mädchen Amick by Lindsey Bowden

6. Welcome to the Bipolar Silencio Club! by Hannah Klein

7. The Triple Goddess by Lauren Fox

9. Tea And Sympathy: Mrs. Kendal and The Elephant Man by Rebecca Paller

11. "Mary X Marks The Spot." An Interview with Charlotte Stewart by Lisa Hession

12. Impressions of Lynch: Journaling a Requiem by Mya McBriar

Scott Ryan is the author of The Last Days of Letterman (2018), thirtysomething at thirty: an oral history (2017). He wrote a comic essay book, Scott Luck Stories (2014) about his time as a stay at home dad. He is the editor of The Women of David Lynch (2019), He is the managing editor of the Twin Peaks magazine, The Blue Rose. He is a founding partner of Fayetteville Mafia Press. His writing has been published in The Sondheim Review and Fan Phenomena: Twin Peaks (Intellect Press). He wrote and directed the independent films Meet Abby and A Voyage to Twin Peaks . He is the host of the podcasts Red Room Podcast, Scott Luck Stories, and The thirtysomething Podcast. He lives in Columbus, Oh is married and has 4 kids.

David Bushman is a longtime television curator at The Paley Center for Media and an adjunct professor of media at colleges in the New York area. He is the author of Twin Peaks FAQ: All That’s Left to Know About a Town Both Wonderful and Strange (2016) and Buffy the Vampire Slayer FAQ: All That’s Left to Know About Sunnydale’s Slayer of Vampires, Demons, and Other Forces of Darkness (2017).

Actress Charlotte Stewart created the role of beloved schoolteacher "Miss Beadle" in the popular television series Little House on the Prairie (1974). She has also worked with David Lynch on two occasions, in the cult classic Eraserhead (1977) and the TV series Twin Peaks (1990, 2017). She is the author of "Little House in the Hollywood Hills: A Bad Girl's Guide to Becoming Miss Beadle, Mary X and Me."

Lindsay Hallam is a Senior Lecturer in Film at the University of East London. She is author of the book Screening the Marquis de Sade: Pleasure Pain and the Transgressive Body in Film (McFarland, 2012) and Devils Advocates - Twin Peaks: Fire Walk With Me (Auteur Press, 2018). She has contributed to the collections Trauma, Media, Art: New Perspectives (Cambridge Scholars Publishing, 2010), Dracula’s Daughters: The Female Vampire on Film (Scarecrow Press, 2013), Fragmented Nightmares: Transnational Horror Across Visual Media (Routledge, 2014), Critical Insights: Violence in Literature (Salem Press, 2014), and the journals Asian Cinema, Senses of Cinema, 16:9, Cine-Excess and Journal of Italian Cinema and Media Studies.

Melanie McFarland is the TV Critic for Salon.com. Prior to that was IMDb's TV Editor and the TV critic for the Seattle Post-Intelligencer, serving on the 2004 and 2005 juries for American Film Institute's 10 Most Outstanding TV Programs of the Year. McFarland also served on the Board of the George Foster Peabody Awards between 2006 and 2012 and has been featured as an expert on CNN, NPR, American Public Media, and the BBC. She has been a member of the Television Critics Association since 2003. Her work has appeared in The Oregonian, the Chicago Tribune, RollingStone.com, Rotten Tomatoes and Variety.

Born in Portsmouth in 1976, Lindsey Bowden moved to London and graduated drama school in 2000 and worked as an actress before turning her hand to producing. With several producing credits under her belt, Lindsey created the Twin Peaks UK Festival in 2010, the only officially licenced Twin Peaks event in the UK which is now in its 10th year. Lindsey’s first book Damn Fine Cherry Pie, the Twin Peaks inspired cookbook was published in November 2016 and she is currently working on a collection of short stories and her first children’s book as well as more immersive events for her company.

Marisa C. Hayes is a Franco-American artist and scholar working at the crossroads of moving images and the performing arts. She is the author of Ju-on: The Grudge (Auteur, 2017) and is editor in chief of Repères, cahier de danse, France’s national dance research journal. Marisa holds a master’s degree in Visual Studies from the Sorbonne and is currently a doctoral candidate at the same university. She shares her life with a Twin Peaks-obsessed human and a menagerie of small mammals.

Philippa Snow is a writer based in Norwich, England. Her reviews and essays have appeared in publications including Artforum, The White Review, Sight & Sound, GARAGE, Another Gaze, i-D, Frieze, The Cut, and Tank magazine.

Hannah Klein was born and raised in New York City. She attended NYU, majoring in dramatic literature, intending to be a serious playwright when she grew up. However, she was shitty at being serious and found her love of comedy while interning in the writers’ room at SNL. Since then, she has written for “The Detour” Season 3 on TBS, has been accepted into the New York Television Festival for her original dramedy pilot script “Everything’s Fine” (based on her personal struggle with bipolar disorder) and wrote/directed/starred in a half hour pilot entitled “Kill Yourself.” When she’s not writing scripts that worry her parents, you can find her in the mosh pit.